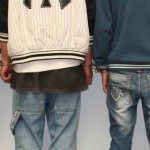 Colombia police said Thursday they have captured an ex-paramilitary considered to be one of the main threats to the State’s land restitution process.

A specialized Restitution unit of Colombia’s judicial and intelligence police (DIJIN) on Wedsnesday arrested one of the allegedly central adversaries to one of Santos’ government’s flagship programs — land compensation to displaced victims of Colombia’s armed conflict.

Bracamonte was captured in one of his rural estates in San Andres de Sotavento, Cordoba, where he had arrived to account for the theft of almost 100 head of cattle.

“The message is very clear: he who violently opposes himself to the Restitution process, will be brought to justice,” was the response of Ricardo Sabogal Urrego, Manager of the Land Restitution Unit (URT).

This process is commonly known as the Victims Law or the Law of Victims and Land Restitution. Passed in 2011, the legislation aims to provide a form of “attention, assistance and integral compensation to the victims of the internal armed conflict,” reads the law.

The act of consigning property to families that have been forcibly removed from their own land in a reparation attempt has been forcefully opposed since the offset by rebel groups, some of which label themselves “anti-restitution armies.”

Alias “Juancho,” who has various court cases against him for murder and conspiracy was reportedly a lieutenant to the ex-paramilitary chief Salvatore Mancuso, who was known to rob land from farmers through forced displacement.

The investigations as to his whereabouts lasted almost seven months, during which the police tracked his movements through Cordoba and Antioquia — specifically in its Uraba sub-region.

The Police had been offering a reward of up to 200 million pesos for information leading to the 45-year-old’s arrest in a crusade targeting the eight most wanted anti-restitution rebels, which had already led to the capturing of Sor Teresa Gomez and Augusto Castro, alias “Tuto Castro.”

Following the government’s 2011 decision to return stolen land to its rightful owners, more than a dozen displaced farmers demanding their property back have been killed.