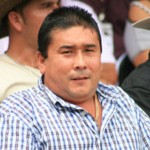 The Prosecutor General’s department is processing leading emerald magnate Pedro Rincon, after he was arrested on Wednesday over a cache of arms alleged to have been used by paramilitaries.

Rincon had been wanted for ten days over allegations that one of his mines had stored rifles used by the now-demobilized paramilitary umbrella group AUC, reported Colombia’s RCN Radio on Thursday morning.

This latest twist came just hours before the Colombian Minister of Defense held a summit to prevent a return to the “Green War,” a conflict that plagued Colombia’s emerald-producing regions for decades.

On Wednesday Rincon was flown to Tunja in central Colombia for processing, after weather conditions prevented him being flown to Bogota.

Trouble in the Emerald regions

Earlier this month, four people died and nine people were injured in a grenade attack aimed at Rincon, in the gemstone-mining town of Pauna.

Rincon became one of the leading figures in the Colombian emerald trade in April this year when controversial “emerald czar” Victor Carranza died at age 78. The attack sparked fears of a return to violence after a 1990 peace that brought an end to the decades-long “Green War,” a bloody factional conflict for control of Colombia’s sizable emerald trade.

Colombian Defense Minister Juan Carlos Pinzon, a Catholic Bishop and members of the Emerald mining clans met on Wednesday to prevent a repeat of the “Green War.”

The summit came about after Colombian President Juan Manuel Santos said on Monday the government would take immediate action to prevent the escalation of violence among rival emerald-mining families in central Colombia.

According to analysis site Insight Crime, the first emerald mines in Colombia were legalized by the government in 1953. But the miners were left to resolve disputes on their own, which they usually did with guns.