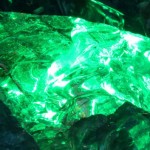 The head of the Molina family on Wednesday has denied accusations from fellow emerald tycoon Pedro Rincon that they were involved in a grenade attack on Rincon in central Colombia.

Pedro Rincon became one of the leading figures in the Colombian emerald trade in April this year when controversial “emerald czar” Victor Carranza died at age 78.

Earlier this week, Rincon claimed that fellow industry giants in the Molina and Sanchez families were responsible for an attempted attack on his life that left four other people dead and nine injured in Boyaca State on Saturday,

Edwin Molina “emphatically” condemned the attack. In an interview with W Radio broadcast on Wednesday, he said that the Molina family was not involved in the attack and that he wished the injured a speedy recovery.

He added that none of the emerald-mining clans wanted further conflict, as they had all been affected by the “Green War,” a conflict which raged in the central Colombian state of Boyaca and throughout the emerald-producing region until an uneasy accord was reached in 1990.

The “Green War” broke out in the 1960s, as emerald magnates used paramilitaries to defend their territories from guerrillas and drug traffickers interested in taking advantage of the industry’s big profits and potential for money laundering.

Colombia currently produces about 55 percent of the world’s emeralds, and legal sales have been worth around $130 million a year for the past five years.

Meanwhile, government authorities have tightened security, restricted movement between towns and started to enforce a weapons ban in the emerald-producing regions of central Colombia.

Martinez said the police and army would be working together to avoid a resurgence of the “Green War.”

Police say they are still investigating the grenade attack on Rincon.

According to analysis site Insight Crime, the first emerald mines in Colombia were legalized by the government in 1953. But the miners were left to resolve their disputes on their own, which they usually did with guns.