‘El Paisa,’ and why Colombia is traumatized by this FARC commander 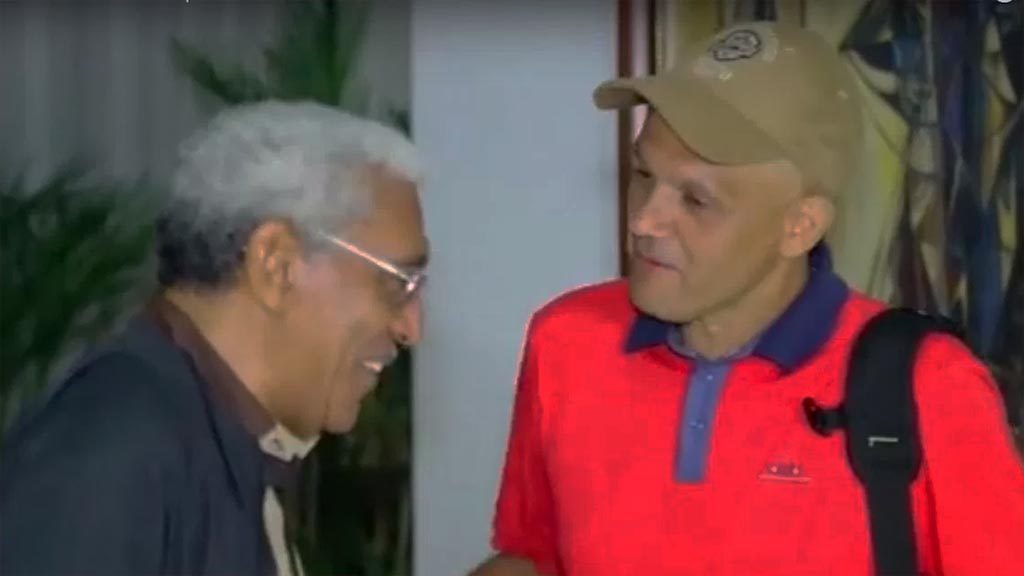 Hernan Dario Velasquez, a.k.a. “El Paisa,” is one of the most feared guerrilla leaders of the FARC who has been accused of hundreds of crimes and atrocities.

Until he joined peace talks with the government in April 2016, he carried a $440,000 bounty on his head and had been one of the most searched-for targets of the Colombian military for decades.

El Paisa commands the Teofilo Forero Mobile Unit, which is responsible for some of the most violent terrorist attacks ever committed by the FARC.

Additionally, the elite fighting unit has been executing gruesome, wanton attacks against both civilians and politicians within its territory located in the central Colombian provinces of Caqueta, Huila, and Meta.

Velasquez has spent the majority of his life fighting with the FARC.

His alias “El Paisa” stems from his childhood roots in Medellin, Antioquia, where he grew up during the bloody rule of drug lord Pablo Escobar.

Supposedly, he was trained as a hit man while working for Escobar. In 1989, he had his first run-in with the Colombian authorities when he was caught smuggling over 1000 firearms. While imprisoned, he fell in with several FARC guerrillas, whom he immediately joined upon his release.

Commanding the FARC’s most feared unit

He took over the Teofilo Forero unit, a special block originally formed in 1993 to protect the commanders of the FARC’s top political and military leaders.

Given relative freedom to command as he chose, the FARC commander began unleashing terror throughout this region using mass kidnappings, assassinations, and bombings of public buildings.

El Paisa first rose to notoriety by leading one of the most devastating attacks against the Colombian military at El Billar, Caqueta, where 64 soldiers were killed and 43 kidnapped during three days of fighting in 1998.

Perhaps most infamously, the FARC commander was responsible for detonating a car bomb at the crowded elite Club el Nogal in Bogota in 2003, an attack which left 37 people dead and over 200 injured. He was sentenced to 40 years of prison for the massacre, which has remained an empty threat as he has continued to elude capture.

In 2002, he was the mastermind behind the hijacking of a commercial airliner in an attempt to kidnap a senator.

Some of the other heinous acts carried out under his command include assassinating the  President of the Commission of Peace, Diego Turbay Cote along with his entire family; kidnapping twelve delegates from the Valle del Cauca and leaving only one alive; murdering nine counselors from the district of Rivera, and kidnapping and murdering the governor of the department of Caqueta, Luis Francisco Cuellar.

In 2001, he attacked the prestigious building “Miraflores” in Neiva, South Central Colombia, during which he kidnapped fifteen people including former congresswoman Gloria Polanco, her children, and her husband Senator Jaime Lozada. When the family was unable to pay Lozada’s ransom, the lawmaker was assassinated.

In 2009, his unit was reportedly responsible for the murdering and beheading of Caqueta governor Luis Francisco Cuellar and allegedly tried to murder former president Alvaro Uribe on several occasions.

El Paisa is reportedly just as brutal with his subordinates and feared for extensive “purges” of alleged infiltrators within his ranks, in which he allegedly forced guerrillas accused of being spies to dig their own graves before shooting them in the head.

According to conflict analyst Ariel Avila, El Paisa is also one of the FARC’s best politically educated men.

With his arrival in Havana, most of the FARC’s top commanders are now taking part in the peace talks.