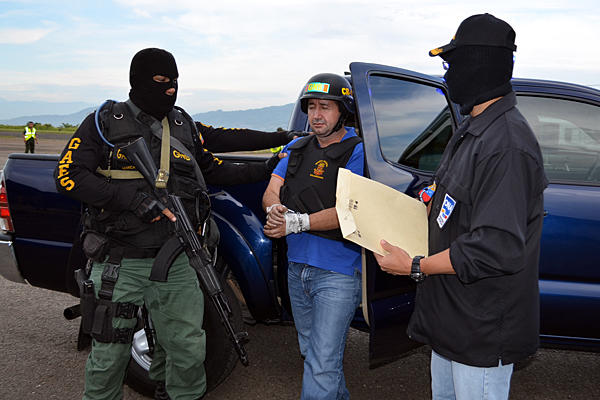 One of Colombia’s top drug traffickers – Daniel ‘El Loco’ Barrera – was captured by Venezuelan, Colombian, US, and UK officials. It’s a great sign of regional cooperation, but other traffickers will likely fill the void.

1. The cooperation between Venezuela and Colombia is a triumph for President Santos’s policy towards his neighbor. In the same week that Santos met with Venezuela’s opposition presidential candidate, he also scored a major arrest with the cooperation of Chavez government authorities. That’s diplomacy at its best.

2. Loco Barrera was not living a millionaire’s life in Venezuela that would make for a good narco-ballad. This was not the life of Pablo Escobar in his giant mansion. Barrera was on the run, afraid of capture at any moment. He had plastic surgery and dipped his fingers in acid to avoid identification. When captured, he looked really sad and defeated. That may seem like a silly point of analysis, but contrasted against all the happy Mexican capos who stupidly grin at the press conferences announcing their capture, it matters.

3. Good Venezuela; Bad Venezuela. Barrera’s arrest highlights that the Chavez government does arrest criminals as part of international efforts. It also highlights the growing role of Venezuela as a hub for drug trafficking and organized crime in the region. Both analyses are true.

4. New criminal groups and leaders are always emerging. Barrera may be the last Colombian drug lord from the previous generation, but nobody expects that his arrest will prevent a new generation of organized crime from emerging.