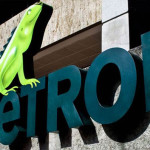 Colombia’s state-run oil company Ecopetrol said Monday that one of it’s contractors has been kidnapped in a rebel hotspot the northeast of the country.

According to Ecopetrol, Tecnotecnica Coindustrial engineer Jorge Gonzalez was abducted on Friday in Convencion, a municipality in the troubled Catatumbo region where rebel groups FARC and ELN, and a number of other illegal armed groups are active because of the area’s crucial location between coca cultivation regions and the Venezuelan border.

Local media reported that Gonzalez and his colleagues had received threats after becoming the target of an extortion racket.

Ecopetrol did not say if anyone had claimed the responsibility for the kidnapping.

The FARC, the largest of Colombian guerrilla groups, banned kidnapping in February 2012. Since then it has only briefly taken “prisoners of war” who were subsequently surrendered to humanitarian organizations. The ELN never officially banned kidnapping, but has release kidnap victims to be able to enter peace talks.

The FARC is currently negotiating peace with the government in Cuba. The ELN has not been formally invited to talks that could end the groups’ 50-year fight against the state.