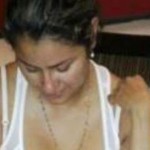 Colombian authorities are looking into the prison release of the sister of one of the biggest drug lords in Colombia — alias “la Negra” – since this Tuesday, under allegations that she escaped with false documents last December.

Colombia’s Prosecutor General’s Office, the Medellin’s Judicial Services Center and the National Penitentiary and Prison Institute (INPEC) have begun investigating the case of Nini Johana Usuga David, alias “la Negra,” after it was believed that she and three other detainees belonging to what is now the most powerful drug-trafficking organization in Colombia — los Urabeños — were released from prison under order from fabricated documents.

Colombian newspaper El Colombiano reported on Friday that the scandal had reached the ears of Colombian president Juan Manuel Santos, who ordered the dismissal of the prison director responsible.

The Center’s staff had then called up the Canalete Court to verify the order for their release.

“The secretary replied, and we informed her that in order to validate the official dispatch, a signature from the presiding judge was necessary,” an anonymous source explained.

The newly signed document arrived at 4:45 p.m. that day, after which the Center once again called the Court and spoke to a man named Angel Alfredo Castro Duran, comprehensive judge of Canalete, who confirmed the documentation that would grant freedom to the accused.

Once the Medellin-based Center had verified that the judge and member of staff they had spoken to were registered – on the judicial branch’s webpage – they sent out the release forms.

However, the problems began when the Prosecutor General’s Office’s found out about what had happened on Tuesday and initial investigations suggested that the prisoners had used falsified documents to get free.

On Tuesday “la Negra’”s lawyer reportedly arrived at the prison to be told by INPEC that his client had been set free by an order from Cordoba.

“The lawyer hadn’t even requested the procedure,” stated another anonymous worker.

The four inmates had been arrested by the police on December 12 during an operation aiming to take down the financial infrastructure of the criminal organization los Urabeños. The authorities confiscated around US$4 million from the gang, which operated on an international level, after raiding three Medellin apartments and two estates in La Ceja and Sampues (Sucre State).

MORE: How the Urabeños beat the Rastrojos to become Colombia’s #1 drug cartel

The blood relative of the fugitive leader of los Urabeños Dairo Usuga, alias “Otoniel,” for whom the US are offering a US$5 million reward, was arrested in her apartment in the “Los Colores” neighborhood of Medellin. US$500,000 and ammunition were found in her place of residence.

The fugitives had been accused by the Prosecutor General’s Office’s National Unit against Emergent Criminal Gangs of conspiracy, illicit enrichment, money laundering and carrying illegal arms. All four pleaded not guilty, and the judge consequently ordered their detainment.

At this moment in time, the prosecuting body is processing new warrants for their re-arrest.

President Santos has since ordered the Minister of Justice to fire the director of the El Pedregal prison from which the escape took place “at lightning speed,” as “these types of situations cannot be allowed.”

INPEC spokespeople informed on Friday that the order was being revised to determine whether other workers would also be dismissed for the scandal.

Police sources told El Colombiano that the presiding judge was on holiday at the time that the order was carried out, and was being impersonated by somebody else.