Dismissed Bogota mayor did not break the law: Report 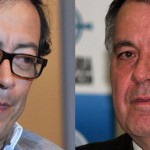 The report came hours before planned pro-Petro marches in Colombia’s cities in protest of the dismissal the supporters of the Bogota mayor and former senator consider “arbitrary” and politically motivated.

The reported filing of the criminal investigation has no direct consequences for the decision of Inspector General Alejandro Ordoñez which was of a disciplinary nature.

The inspector general ruled in December that Petro was dismissed and disallowed to hold public office for 15 years over garbage that accumulated in the streets of Colombia’s capital for three days in 2011 during attempts to bring Bogota’s trash collection under government control.

According to Ordoñez, Petro violated the right to free enterprise and illegitimately removed the trash collection from the contractors.

The decision was not just criticized by Petro and his supporters, but also by the incoming US ambassador who claimed before US Congress that the decision to dismiss Bogota’s mayor, a former guerrilla of the now-extinct M-19 movement, may harm ongoing peace talks with the FARC who are negotiating their participation in Colombian politics.

The inspector general is currently studying Petro’s appeal. The United Nations and the Inter-American Court for Human Rights have also requested information to study the decision and test it before international laws.