(Insightcrime.org) When Latin America’s oldest insurgency, the FARC, officially becomes a political party, their cousins in the ELN will assume the status of Colombia’s most powerful guerrilla army. But while the ELN are also talking of a peaceful exit, signs on the ground point to a rebel army — and criminal organization — in expansion. 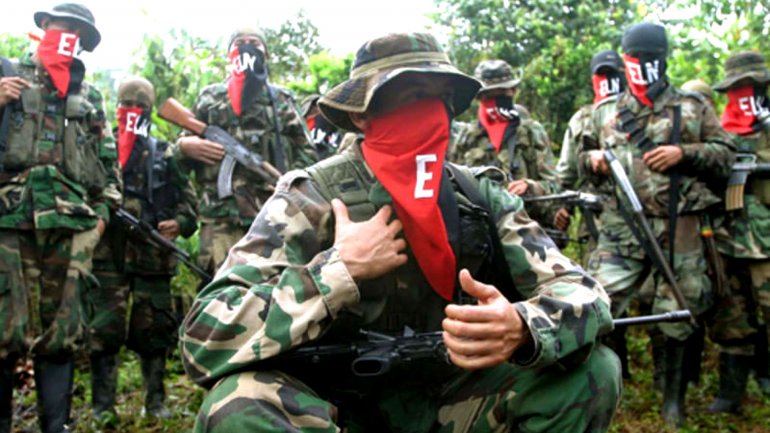 July 25 was a snapshot of what has been a rocky road for the Colombian government’s ongoing peace talks with the National Liberation Army (Ejército Nacional de Liberación – ELN) guerrillas.

ELN peace negotiatior Bernardo Téllez suggested to media outlets that the rebels had reached a ceasefire deal with the Colombian government.

“The idea is that this temporary ceasefire begin with a duration of around three months … This is an initial ceasefire, which is not the end of the conflict,” he said in comments reported by El Espectador.

However, the government was quick to deny that a deal had been reached:

“We have not yet started discussing the technical aspects of an eventual ceasefire with the ELN, and much less its timeline,” chief government negotiatior Juan Camilo Restrepo tweeted later that day.

“And another reminder: If the ELN don’t stop their hostilities against civilians in a clear and verifiable way, there will be no ceasefire,” he added.

Negotiations with the ELN are now in their sixth month, and the main goal is to secure a bilateral ceasefire before Pope Francis visits the South American country this September. But while the ELN have been relentless in demanding that the state agree to end hostilities, the guerrilla’s attacks on the civilian population and security forces have not stopped. Several soldiers have been ambushed and killed in recent weeks.

The ELN’s refusal to stop kidnapping has also threatened to stop the talks on more than one occasion. At the same time, the government has continued security operations against the group as the negotiations have limped forward.

If the talks are successful, the ELN would follow in the footsteps of the Revolutionary Armed Forces of Colombia (Fuerzas Armadas Revolucionarias de Colombia – FARC) — the rebels’ larger leftist counterparts who recently laid down their weapons after half a century of fighting. But the FARC process has been riddled with pitfalls, and the Colombian government likely does not want to add a botched peace attempt with the ELN to its shaky record. Still, the ELN negotiations have so far borne little fruit, with both sides working to keep the façade of progress from crumbling. 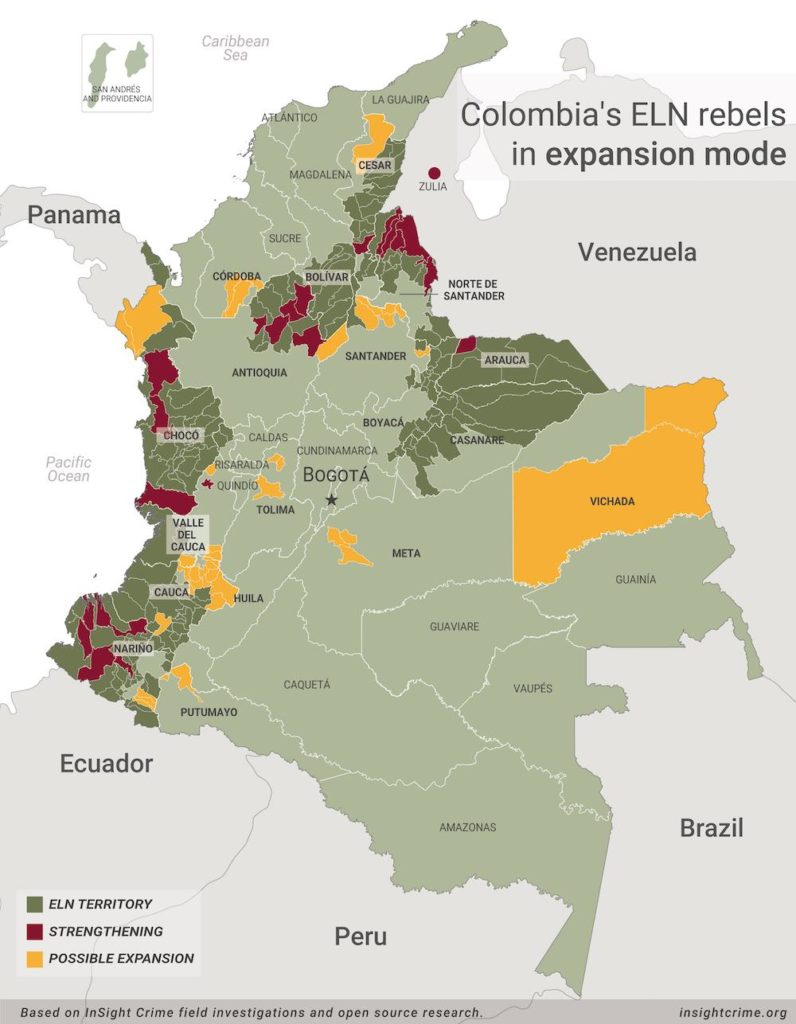 Several realities speak to the schizophrenia of the ELN talks.

Money is perhaps the most important factor. The ELN has long shed its initial opposition to involvement in drug trafficking to become one of the main players in Colombia’s narcotics trade, and the group also controls lucrative illegal mining operations. Rather than renounce these revenue streams as negotiations advance, ELN fronts have been consolidating and even expanding their power in key areas.

The ELN today must be considered in the context of the FARC’s own peace deal; as the FARC have receded to demobilization zones, the ELN has been quick to move into the territorial voids, even striking deals with dissident FARC rebels who stayed behind.

But the ELN is not alone in doing so, and this has led to violent clashes and civilian casualties in rural communities. Mass displacements continue to be the norm, while there are indications the ELN may be targeting social leaders standing in the way of their operations.

Despite the turmoil, the ELN has been displaying more sophisticated criminal tactics, and their capacity to traffic drugs internationally may also have grown. The largest ever seizure of ELN-owned cocaine was made only days before the peace negotiations were scheduled to start, in early 2017. And this week, Colombia’s first-ever electric narco-submarine was discovered by authorities with a capacity to traffic four metric tons of cocaine. It allegedly belonged to one of the ELN’s most powerful and least loyal blocs, based on the Pacific coast.

Given this scenario, a truly successful ELN demobilization seems virtually out of the question. The volatility of today’s situation speaks to the ELN’s inability to rally its troops at this critical time, and to the disinterest of the rank-and-file in achieving peace. Indeed, InSight Crime field research has identified several potential “loose cannon” factions within the ELN. These threaten to disobey orders from above and potentially to dissent if a peace deal is ever reached.

InSight Crime’s Roadmap to Lasting Peace team contributed to this report and provided the research for the graphic.

Article originally appeared on Insightcrime.org and is republished here with permission. Read the original article.