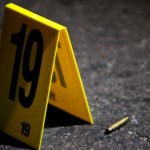 Despite dramatic reductions over the past decade, Colombia still had the highest homicide rate of any South American country between 2004 and 2010, according to a report published Wednesday by the United Nations Development Program (UNDP).

Decades of internal armed conflict was one of the many contributing factors discussed in the report, along with widespread poverty and stark inequality.

During the latter half of the 20th century, Colombia developed an international reputation for bloodshed due to the prevalence and high profile nature of its violence. According to the UNDP report, many of those trends have continued into the first decade of the new millenium, leaving Colombia with the highest homicide rate in South America (34 per 100,000 inhabitants) during that time.

MORE: Colombian homicide rate among the worst in region

Young males, says the report, are the demographic most involved in crime and violence in Colombia, both as victims and perpetrators. This confirms a previous report released by the World Health Organization, concluding that Colombia has the second highest rate of youth homicide in the world behind El Salvador.

Youth violence, it should be noted, is a ubiquitous problem in South America. As the Inter American Commission on Human Rights reported in 2009, “[In South America,] the homicide rate among youth is more than double the rate of the general population.”

The report, however, also stressed positive developments in the country. “Among the countries with the most significant decrease in homicide rates,” it reads, “are those that experienced armed conflicts or severe security crises. Colombia reduced its homicide rate almost by half in 10 years,” a development the report depicts as both encouraging and a sober reminder of the situation that existed in the country during the 1990s and early 2000s.

The Colombian National Police’s “Plan Quadrant” strategy reportedly accounts for 18% of the decrease. Economic growth was another prominent factor in the homicide reduction.

According to the report, Colombians still have a relatively positive image of the state authorities, with 52% claiming to feel protected by the police and 29% suspecting them of being corrupt and involved in crime.

The overall conclusion of the report was worrying, saying that “Latin America is the only region in the world where lethal violence increased between 2000 and 2010.”

“There is no magic solution to insecurity, but this serious problem can be remediated—with vision and long-term political will,” said UN Assistant Secretary-General and UNDP Director for Latin America and the Caribbean Heraldo Muñoz.