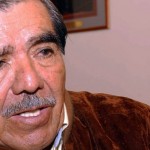 One of the new leading figures in Colombia’s emerald industry may have been involved in a number of attempts on the life of the recently deceased “Emerald Czar,” reported RCN radio on Tuesday.

Records have been revealed documenting the suspicions of the late Victor Carranza, the so-called “Emerald Czar,” that fellow mining magnate Pedro Rincon was behind two attempts made on his life in 2010.

The revelation come in the aftermath of a grenade attack targeting Rincon himself, who has since replaced Carranza as the major figure in Colombia’s emerald trade.

“It’s no secret that Don Yesid (Nieto) and Don Pedro Rincon were talking about my murder,” reads one of the documents. “This is what we know, that there was a meeting during which they addressed this situation and were talking about that I was not a person with who they could share the market and that I would have to go.”

The assassin hired to murder Carranza reportedly confirmed Rincon’s role, but decided not to finish the job because he was “a friend of a friend” of Carranza’s.

Carranza eventually died from complications related to prostate cancer in 2013. At the time of his death, Carranza was believed to control half of all emerald mining in Colombia, which accounts for 60% of the global emerald trade.

He had warned previously that his death could result in a violent power struggle for control of the lucrative mining business, a prophecy which many feared would come to fruition after a grenade attack targeted Rincon on November 9th.

Four people were killed and ten injured in the attack, which paralleled the sort of indiscriminate violence that characterized the “Green War.”

Started in 1961, the Green War was fought by Colombia’s largest emerald mining families. The families recruited private paramilitary armies to fight turf battles and quash worker uprisings, and iolence reached a peak during the mid 1980s, when various drug cartels became embroiled in the conflict.

The region has remained relatively calm since a tentative peace was brokered by the Catholic Church during the early 1990s, but with the recent death of Colombia’s unofficial “Emerald Czar” and the attack on his apparent successor, the situation has once again grown tense.

It is unclear what effect this newest development will have on the emerald mining region. Rincon has accused other mining families of perpetrating the attack, but says he does not suspect the Carranza family of playing any role.