The COVID-19 disease has spread to more countries and capitals with almost nine times as many cases reported outside China as inside in the past 24 hours.

The coronavirus continues to spread worldwide, with both Europe and the US recording a rise in the number of cases every day. The head of the World Health Organization (WHO) said the world was in “uncharted territory.” 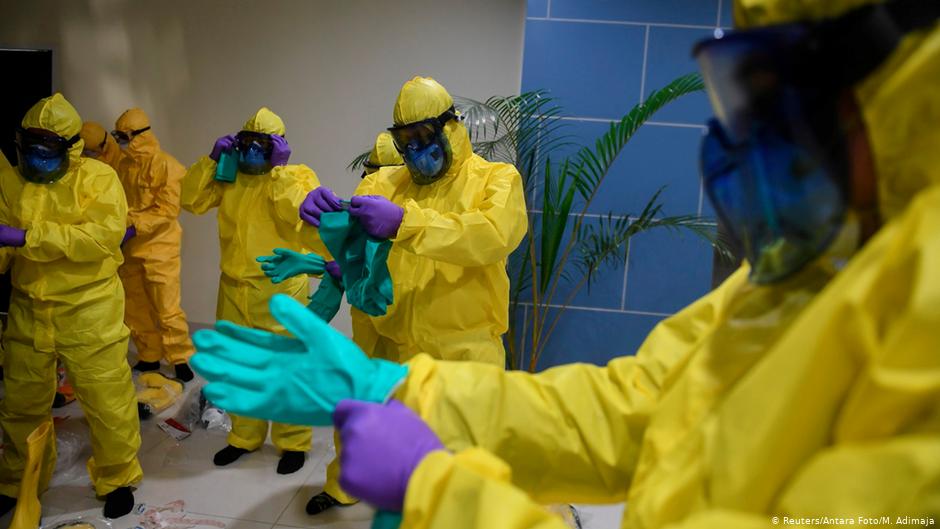 “We have never before seen a respiratory pathogen that is capable of community transmission, but which can also be contained with the right measures,” WHO chief Tedros Adhanom Ghebreyesus told a press briefing.

Almost nine times as many cases were reported outside China as inside over the past 24 hours.

WHO added that the outbreaks in South Korea, Italy, Iran and Japan were its greatest concern.

How many cases are there worldwide?

More than 90,000 cases have been confirmed in more than 60 countries, with the total number of fatalities crossing 3,100.

The vast majority of the deaths have been reported in China. However, Beijing announced in its daily update Tuesday that infections were dropping, with 125 new cases in the past 24 hours. That is the lowest rate since January 21. It also said 59% of people diagnosed (80,151) had recovered.

South Korea recorded 851 new cases on Tuesday, bringing the total infection figure to over 5,100 — the highest number outside China.

The United States, which has so far been among the least affected countries, confirmed its sixth death on Monday — all in the state of Washington.

Where are the new cases?

The virus surfaced in a number of global cities Monday, including New York, Moscow and Berlin. Infections were also confirmed for the first time in Saudi Arabia, Latvia, Indonesia, Morocco, Tunisia, Senegal, Jordan and Portugal.

Colombia does not have any confirmed cases.

What about the economic impacts?

Countries across the world expect a slump in their economy due to the outbreak. The International Monetary Fund (IMF) last week said it was likely to downgrade its growth forecast for the global economy.

China, however, is confident of meeting its economic goals for 2020, despite the “negative impact” of the coronavirus on the country’s economy, Chinese ambassador to the UN Zhang Jun said on Monday.

Is treatment in sight?

US pharmaceutical giant Pfizer said it has identified antiviral compounds with potential as coronavirus treatments, according to Reuters. The company said it was working with a third party to screen the compounds, and if successful, will start testing by the end of the year.

Colombia may soon be the first, first in one the longest...
Read more

How deadly could COVID-19 be?

It’s too early to know how deadly the disease will be,...
Read more