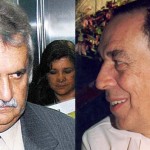 For the first time, testimony given last May by ex-paramilitary Edwin Zambrano, alias “William,” has figured currently detained general del Rio as implicit in the murder of the son of an ex-president, Alvaro Gomez, also a member of the Conservative Party, one of the writers of the 1991 Constitution and a three-time political candidate.

Gomez was assassinated on November 2, 1995 by gunmen while he was leaving the Sergio Arboleda University in Bogota.

According to Zambrano, the murder was planned during a meeting three months beforehand between paramilitary leaders, drug traffickers, and members of the country’s security forces, including general Del Rio himself.

Del Rio, who was the commander of the Colombian army’s 17th Brigade and in charge of the northwestern Uraba region, is currently serving a 25-year sentence for the murder and dismemberment of a village leader during a joint military-paramilitary operation in Choco in 1997.

Gomez had at the time been involved in attempting to expose the relations between Samper, who was soon to become the next president of Colombia, and Cali cartels.

Zambrano, who claims to have been present at the said meeting, claims that it was for this reason that he was targeted and killed.

“In the case of Cr. Alvaro Gomez, he was giving the media enough incentive regarding the influence of drug trafficking in [1994 presidential candidate Eduardo] Samper’s campaign for it to be necessary to stop this propaganda, to avoid damaging any future negotiations with drug traffickers.” state the official documents of the Attorney General’s Office.

“It was considered that the most appropriate personnel for this kind of operation was to achieve a link with general Rito Alejo del Rio,” read the documents. “The only way was to filter through security through the state itself, and this was achieved through the general, who is being pointed out as the intellectual author of the murder of Alvaro Gomez.”

Zambruno is a former commander of the Cordoba and Bolivar militias. After turning himself in to authorities on the suspicion that his life was under threat, his contribution to various trials as informant has, according to information gathered by Semana from employees of the Attorney General’s Office, proven him to be a reliable witness.

His evidence on Gomez’s murder case was given during an audience with the Attorney General’s Office Justice and Peace Unit in Baranquilla regarding paramilitary crimes in los Montes de Maria. The declarations made against general del Rio were delivered to the capital’s prosecution offices last September.

The death of the conservative politician is as of yet an unresolved subject of debate. Some theories suggest that he was killed by members of Colombia’s oldest rebel group, the FARC, implicated by certain letters that were found belonging to the former head of the guerrilla group.

The army general, who despite various accusations has only ever been condemned for a single murder almost 20 years ago, will eventually be brought to to testify in his defense.