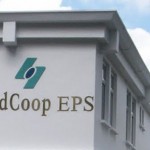 Colombia Comptroller’s Office on Wednesday sentenced the ex-president and the former directive board of Colombia’s once largest private health manager to a $726 million fine over fraudulent use of public  funds.

Ex-Saludcoop president Carlos Gustavo and the former 15 members of the directive board of Saludcoop will have to pay $726 million for fraud practices that last 15 years.

According to investigations, Saludcoop was investing Colombia’s social health funds in foreign countries such as Panama, Chile and even Afghanistan. They also included funding golf tournaments and sport teams.

Saludcoop is what is known as an EPS, a private health intermediary company formed under Colombian health law that directs public funds and services between doctors and patients.

The EPSs have come under scrutiny for widespread allegations of corruption and poor service. President Santos’ new health reform purportedly will dismantle parts of the EPS system, so that while they continue to manage services, they no longer manage public funds, instead deferring to a federal organization called Salud Mia to make payments.

Medical workers have protested President Santos’ proposed health reforms, claiming the problems inherent with the system will not be improved, and will actually be made more serious by the reform.