Colonial town of Villa de Leyva is a Colombian gem 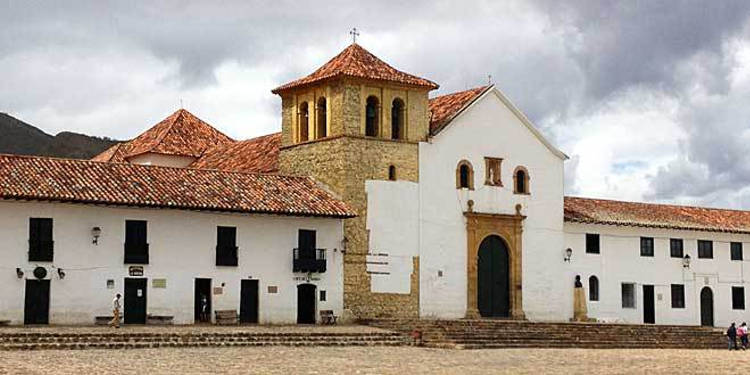 The church is the most prominent building in the main square of Villa de Leyva. Photo: Mark Stachiew, Postmedia News

Colombia is perceived by some as an unsafe place to visit, but considering that cruise ships have been stopping there for several years now, it’s clear that plenty of people believe otherwise and now a growing number of curious travellers are heading further inland to discover the country’s many hidden gems.

One of those gems is the colonial town of Villa de Leyva, a national monument that exquisitely preserves part of Colombia’s past. Nestled in a mountain valley, the low, white-washed adobe buildings of the town harken back to the time in the 1600s when Colombia was trying to break free from Spain, its colonial master. 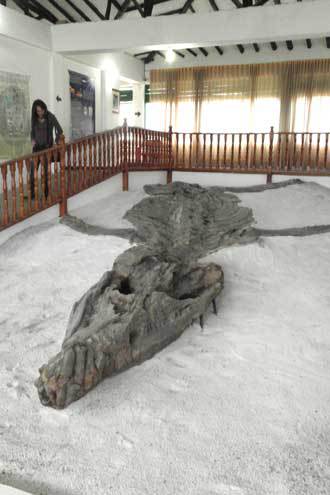 The kronosaurus skeleton on display near Villa de Leyva is one of the most complete in the world.

The focal point of the town is the Plaza Major, a huge open space which claims the title of the world’s largest cobblestoned plaza. As you walk into the plaza, you would not doubt that claim as it is an impressively large space that looks like you could land an airplane in it. Ringed by old mansions from the 17th-century, the most prominent building in the plaza is the Igelisia Parroquial, a simple white church with a prominent bell tower. When there is a church service, peek inside to be dazzled by the ornate gold altar.

In the early days of the town, the plaza was the main market and would be filled with farmers and merchants selling their wares, but today it is vast and empty. It only comes alive when it is used to host one of the town’s many festivals, such as the kite-flying festival in August, the holiday lights festival in December or the astronomy festival in January when people from all over the country bring out their telescopes for a giant star party.

The Catholic church reigned supreme in Villa de Leyva for centuries so religious buildings abound in and around the town. The Carmelite Monastery with its well-tended gardens is a pleasant respite for your feet after walking for hours on the town’s cobblestoned streets, but a more impressive religious edifice is the Convento Santo Ecce Homo, a Dominican monastery that is now a state-run museum filled with artifacts that illustrate what life was like there over the centuries. It includes an ornate church and chapels that are works of art in their own right.

One thing that you notice when walking the streets of Villa de Leyva are the spiral forms of ammonites, fossilized shellfish, that decorate the town’s buildings. The fossils abound in the surrounding countryside so masons incorporated the shapes in the rocks into their work making it common to see fossils embedded in door frames, walls, flagstones and many other architectural elements.

Villa de Leyva does have a small paleontological museum located in the town’s first mill. It has a selection of local fossils of mostly small, sea creatures like ammonites and trilobites. All are displayed in a series of glass showcases in one room with mostly Spanish descriptions. To see a bigger fossil, head to an attraction outside of town called El Fósil. 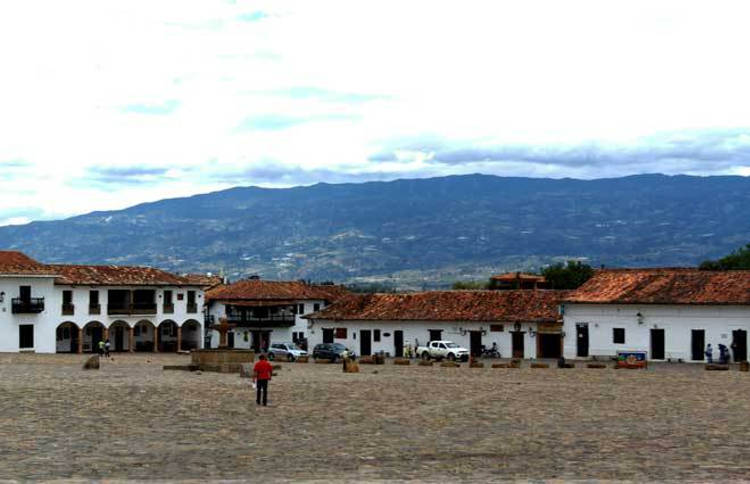 The Plaza Major in Villa de Leyva is said to be the world’s largest cobblestoned space.

Several years ago, a farmer found in his fields one of the most complete skeletons of a kronosaurus, a huge sea dinosaur. There was a dispute about who owned it and it was decided to preserve it where it was found and build a museum around it which you can now enter for a nominal fee.

Villa de Leyva has a few other dusty museums. The ones dealing with Colombia’s war of independence would be interesting, they are mostly geared toward Colombians and not foreign visitors so they are only worth visiting if you have a good grasp of Spanish in order to read the signs and more than a passing awareness of the country’s history.
A series of stone stelae in Villa de Leyva are believed to have been used by early natives to mark the seasons.

More accessible and interesting is El Infiernito, an ancient archaeological site on the outskirts of town that consists of phallic stone stellae. The series of stone pillars is believed to be a Stonehenge-like calendar that was used in pre-Columbian times to measure the seasons. The Spanish dubbed the place Little Hell and knocked down the “pagan” stones, but archaeologists have since restored many of them so visitors can see them for themselves and wonder about their true meaning.

Nearby is Casa Terracotta, a whimsical building that is made out of baked mud, making it the largest piece of ceramic in the world. Designed by a Colombian artist and architect, the building is a whimsical place that looks like it was designed, inside-and-out, by Doctor Seuss. Locals call it The Flintstones House. 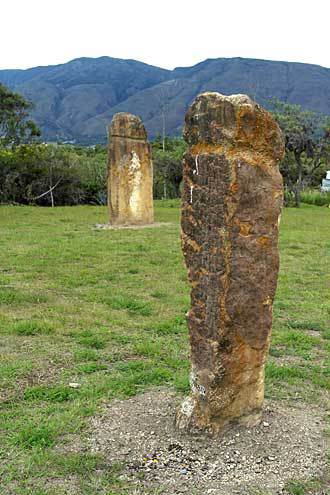 For more art, check out the Casa Museo de Luis Alberto Acuña, a museum set in the former home of a renowned local artist that was influenced by Picasso and by native artists. The collection of art and artifacts of this man’s work is fascinating.

Villa de Leyva is a four-hour drive from the capital city, Bogota, which makes it a popular weekend excursion for city folks with many owning weekend properties in the area.

It is just one tiny town in Colombia, mostly unknown to foreign visitors, but an example of the wide variety of places that travellers can experience if they take the time to explore this fascinating South American destination.