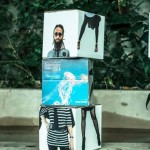 Colombiatex de las Americas, Colombia’s annual trade fair dedicated to fashion supplies and equipment, returns to Medellin this week in the renewed aim of enhancing the industry through the optimization of resources and expansion of new business opportunities.

Over three days, some 500 exhibitors will display their industry products in various events, forums and activities, according to Carlos Eduardo Botero, President of the Medellin-based Inexmoda, which organized the event.

The world-famous fair will host a number of international visitors, with 45% of the featured exhibitors flying in from 19 foreign countries and an estimated 1,800 customers from 28 nationalities.

This renowned trade fair has for years established itself as a business hot spot for both Colombian and global brands and manufacturers of textiles, raw materials, chemical products, machinery and equipment for not only the fashion sector but also the home and leather goods.

“This is a trade fair that could represent US$150 million in terms of business opportunities, making it a fair that has a true impact on industries, on businessmen and those attending, and the visiting buyers will find really interesting, innovative and complete offers,” Botero continues. “When the textiles year begins in Latin America, those with interests in the sector always wait for Colombiatex to kick off, just so they can start their year.”

As the region’s largest platform for the “fashion system” — the interaction of all aspects of the clothing industry — Colombiatex is geared toward fueling innovation through communication, trade opportunities and new technology. The year 2014 proposes another new initiative under the theme “transcending limits.”

“Transcending limits – we’re giving out a message that it’s time to act, to work together, to understand the consumer much more and to get closer to them,” Botero explains. “This is the only way in which we will truly manage to transcend limits.”

The Pavilion of Knowledge – UPB will take place in the city’s Metropolitan Theater, hosting a series of free-admission academic and business seminars, while a National Business Seminar will also be held with a particular focus on promoting internal consumption and trade.

In the meantime, the Textiles and Supplies Forum will present visitors with the themes and materials pertaining to the Spring-Summer 2014 fashion season.

“Our novelty for the year 2014 is something that we’ve called Fashion.Mob – which is an experience that brings together gastronomy, fashion and music,” Botero adds. “It’s an indication that these first mechanisms in the chain – the industrial phase – works on and continues applying creativity and innovation in its processes, so that the rest of the chain may benefit.”

Colombiatex’s Denim Review focuses on all that is trending in the denim industry, while Denim Lovers — a group of 15 clothing and accessory companies — display the most important aspects of the denim world.

“On Wednesday we’re encouraging people to go with some item of clothing to the Jeanswear category, because it’s Denim Day and we’ll be holding Denim Night, with different intriguing social activities,” the president of Inexmoda informs us.

“Every year we get the same reception, and it’s a very valuable topic, a great responsibility,” Botero concludes. “Obviously the commitment of the Medellin Town Hall in carrying out this work [is invaluable] in not only having an impact on what happens in within the limits of the trade fair and business deals, but also everything that takes place in the city and its hotel sector, its restaurants, bars and nightlife, which are also a part of this great event.”

Latin American trade bloc Alianza Del Pacifico will be a special guest at the fair, which kick offs on January 21 and ends on January 23.