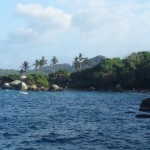 National parks as tourist destinations have received an increment of 6.9% in visitors between January and September compared to last year’s numbers, reported the ministry of tourism on Wednesday.

According to the minister of tourism, Santiago Rojas, this trend has been caused by new strategies to promote national parks as “unique experiences” which have made them an important sector of Colombia’s tourism.

“We have passed from selling cities and products to promoting attractive experiences which are linked to the regions in which they are being offered. So now it is not the same just inviting somebody to Los Nevados National Park, but to talk about all the activities that can done there at a height of 4000 meters or simply to promote Tayrona National Park without talking about the time-travel that can be experienced there,” said the minister.

Considering the different locations of the national parks that received the highest increment in visitors – for example Flamencos National Park (911% increment) in northern Colombia and Purace National Park (62% increment) in the south – Rjoas mentioned that this would show that tourist destinations in Colombia have diversified in the past allowing new regions to benefit from this trend.