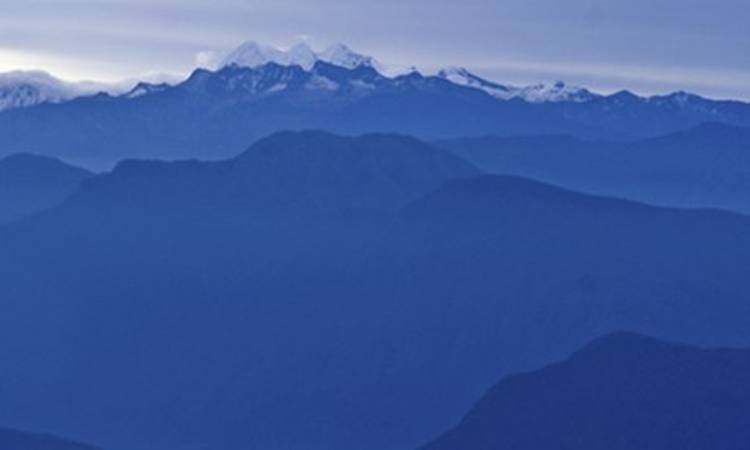 A misty mountain in Colombia, once beleaguered by the cocaine trade, is the world’s most irreplaceable nature reserve, according to a landmark analysis of every protected area on the planet.

The spectacular creatures that shelter in the cloud forest of the Sierra Nevada de Santa Marta national park, including the critically endangered harlequin frog and the vivid Santa Marta parakeet, are the most important concentration of threatened mammals, birds and amphibians on Earth. Their habitat has been savaged by drug crops and then by the herbicide the government sprayed from the air to kill them, but it now faces a new threat.

“This beautiful mountain, which is not far from cities and towns, is being colonised by rich people building second homes,” said Dr Ana Rodrigues, a researcher at the CEFE-CNRS institute in France, who led the new study. The team’s analysis of the world’s 173,000 nature reserves identified 138 that were “exceptionally irreplaceable.”

The top 10 sites, based on the threatened species they harbour, range across some of the world’s most beautiful landscapes and include some of the rarest and most exotic creatures.

The second most irreplaceable nature reserve is a thin range of coastal hills in India called the Western Ghats, where Asian elephants, lion-tailed macaques, rare mountain goats and many more species struggle for space alongside a huge human population.

“It is one of the world’s biodiversity hotspots that also has the highest population density,” said Dr TR Shankar Raman, a leader of India’s Nature Conservation Foundation in the Western Ghats. The rainforest is already fragmented by older tea, coffee and rubber plantations and now is being cut by new roads and mines. “India is in a growth stage,” said Raman. “There are many species that are really irreplaceable that will be lost.”

The UK is responsible for two of the most irreplaceable sites, the remote south Atlantic Henderson and Gough islands, whose remarkable birds place them in the top 75.

The irreplaceable sites were identified by Rodrigues and her colleagues after an exhaustive analysis of the species present, how endangered they were and whether they lived anywhere else. The aim of the work, published on Thursday in the journal Science, is to help focus conservation resources on the most valuable existing nature reserves and ensure they are properly protected.

“We can’t just assume that what is ‘protected’ is really protected. It is very easy to pass a law and create a “paper park’,” said Rodrigues. While all the reserves have national protection, only half of the area covered by the 138 exceptionally irreplaceable sites are areas of “outstanding universal value” from under Unesco’s world heritage convention. That is a strong protection, said Rodrigues, because “it works on national pride – governments needs to ensure a high level of protection to get the designation and they lose it if that does not continue.” Half the top 10 sites, including Santa Marta, lack the Unesco protection.

The vast majority of the 138 irreplaceable sites occur on islands and mountains in the tropics. This, explained Rodrigues, is because there are more species near the equator and because isolated sites mean more unique species are present. Scientists think more species persist at low latitudes because, over millions of years, the climate is more stable than at ice-prone higher latitudes. So rather than having to endure periodic rounds of mass extinction, they are able to persist and continue diversifying. Another factor is more energy from the sun is available, which ultimately supports the food chain.

Human activities, largely the destruction of wild habitats but also hunting, disease and climate change, are causing extinctions at about 1,000 times the rate seen in the fossil record and, for the first time since the dinosaurs were wiped out, animals and plants are being driven to extinction faster than new species can evolve.

Also in the top 10 are the Atsinanana rainforests of Madagascar, one of the greatest biodiversity hotspots on Earth but scarred by deforestation. They host the last 100 greater bamboo lemurs and the seriously threatened red-ruffed lemur. Another site, the scores of islands in the Gulf of California, are globally important for critically endangered rabbits and mice, including the Catalina deer mice and the San Jose brush rabbit.

The most famous site in the top 10 is the Galápagos Islands made famous by Charles Darwin. His work on the inhabitants of the 19 islands in 1835, particularly the finches, inspired his theory of evolution by natural selection, but many of those birds are now at risk, as are the Galapagos hawk and the Floreana mockingbird.

Top 10 sites that are vital for amphibians include the central highlands of Sri Lanka and the spectacular table-top mountains of Venezuela, while a 280mile-stretch of coastal forest in Queensland, Australia, makes the top 10 due to marsupials including Lumholtz’s tree kangaroo and the Lemuroid ringtail possum. The stink badgers, porcupines, pangolins and bearded pigs on the Philippines island of Palawan, which avoided the worst of Typhoon Haiyan, put it at eight on the list.

In the Western Ghats, where millions of people co-exist with scores of exceptional species, Raman is optimistic that the diversity of life is cherished, despite conflicts when elephants, leopards or wild pigs damage crops or occasionally harm humans. “People do not need much persuading of the value of wildlife,” he said. “By and large people have a lot of respect for nature, particularly rural people.”