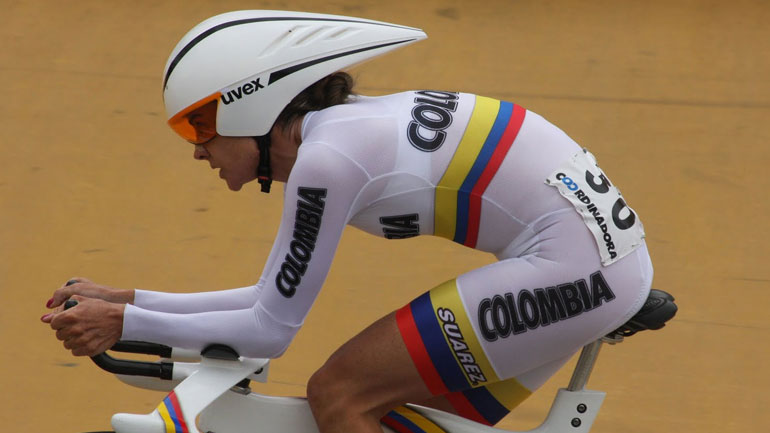 Colombian cyclist Maria Luisa Calle has tested positive in drug tests at the 2015 Pan American Games in Toronto, bringing the count of athletes caught doping at the games to nine, two of which are Colombian.

The 46-year-old did not participate in Wednesday’s women’s individual time trials and has been pulled from Saturday’s race after the presence of “GHRP 2″was discovered. This substance is used to strengthen tendons and ligaments and increase muscle mass.

She joins a list of nine athletes suspended after testing positive for banned substances, including Colombia’s baseball player Javier Ortiz who tested positive for stanozolol, a steroid given to race horses.

Calle won the Olympic bronze medal in the 2004 Summer Olympic Games, came second globally in the 2006 World Track Cycling Championships and has three gold medals from the Pan Am Games. 36 year old Cartagena-born Ortiz was once considered a hero in the world of baseball, previously claimed to be an example for the youth of Colombia, signing with the New York Yankees at the age of 16 years.

The Pan Am Games are the world’s third largest international multi-sport Games (surpassed only by the Olympic Summer Games and Asian Games) held every four years in the Americas, hosting 7,000 athletes from 41 delegations, this year hosted in Toronto.

Further sanctions against the individuals accused of doping will be determined by governing bodies based on World Anti-Doping agency (WADA) rules.