Colombia’s left must unite to fight Santos and Zuluaga: ELN 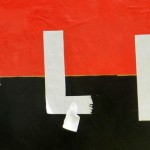 Leftist guerrilla group ELN called on the left-wing contenders in the 2014 Colombian presidential elections to present a united front against President Juan Manuel Santos and  Oscar Zuluaga, the candidate backed by former President Alvaro Uribe.The country’s left has an obligation to prevent Colombia continuing down the “authoritarian and neoliberal path,” said the ELN in a post on their website on Monday.

Among the left-wing parties, the ELN considered the Alternative Democratic Pole (PDA) of Clara Lopez, the Progressive Movement of Bogota Mayor Gustavo Petro and the Patriotic March of former Senator Piedad Cordoba as “almost always act in favor of encouraging the search for change.”

They also stated that a continued Santos presidency would see “more profits for billionaires.”

This fits with their declaration of war earlier this month on oil companies in Colombia.

The call from the ELN comes the same day as Polo Democratico candidate Clara Lopez called for a substantive challenge on the left in order to fight the perception that Santos and Zuluaga were the only choices on election day.

“The real options this coming election cycle are not between president Santos and ex-president Uribe’s candidate but between both of those options and the alternative that the Colombian people are searching for,” said the Polo Democratico leader.

The first round of the Colombian presidential elections will be held on May 25 next year.