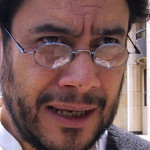 A number of politicians from Colombia’s left have expressed an interest in unifying forces and presenting a single presidential candidate for the upcoming 2014 elections, according to national media outlets.

Senator Ivan Cepeda of the Polo Democratico Alternativo (PDA) party was the first to come out publicly in favor of the proposition, calling on other prominent representatives of Colombia’s political left, including Clara L0pez (also PDA), Antonio Navarro (Alianza Verde), Aida Abella (UP) and Piedad Cordoba (Marcha Patriotica), to rally behind a unified ticket.

Cepeda would have the hypothetical coalition organize a shared list of candidates for the congressional elections and support a single joint presidential candidate.

“Between 30% and 40% of the votes could be won with a political project capable of overcoming the difficulties and anxieties of the national majorities in this country; which will defend and contribute to the legislation of the peace agreement in Congress,” stated Cepeda, according to the El Pais.

Preliminary polling has indicated that none of the current left-leaning candidates would command a significant portion of the vote by themselves. According to the most recent national survey, Lopez (PDA) would take 5%-6%, Navarro (Alianza Verde) 5% and Abella (UP) 1% of the vote, respectively, while incumbent President Juan Manuel Santos continues to enjoy a comfortable lead.

Still, Cepeda believes that a unified political left could give early favorites Juan Manuel Santos and Oscar Ivan Zuluaga trouble down the road.

“For the first time in many years the political forces of the traditional parties running in the elections are weakening each other right now,” referring to the schism that has developed between Santos and his predecessor, Alvaro Uribe, who has criticized the current president and is backing Zuluaga in the upcoming elections.

“We [the left] have to generate a process of unification of all sectors (Marcha Patriotica, Progresives, Comunist Party, among others) around an alternative program creating a broad front that has real potential to win the presidency. For this we need a single candidate,” she was reported as saying.

As of yet, there is no indication of who would be the candidate of any potential leftist coalition. But Cepeda, Lopez, and company still have several months to decide on a central strategy heading into May’s presidential elections.