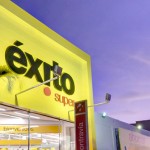 Grupo Exito, Colombia’s largest retailer, on Wednesday announced an alliance with US online money transfer service Xoom to include 200 of the supermarket’s stores in the network where money can be received.

The supermarket giant already works with Corpbanca and Transnetwork Corporation in an alliance to offer remittance payments at Exito stores through a number of money transmitters in addition to Xoom.

The new alliance allows people in the US to also wire money from home.

According to Eliana Valencia, a consumer analyst at Exito, the inclusion of the supermarket chain in the affiliate network of Xoom greatly amplifies the number of places where Colombians can receive money from the United States.

“Exito customers will be able to receive money in 200 of our stores in 50 municipalities,” Valencia told Colombia Reports.

According to the Inter-American Development Bank, Colombia is the third largest remittance receiver in Latin America after Mexico and Guatemala. In 2012, some $4 billion was sent to the South American country.