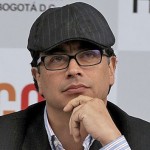 Colombia’s Inspector General’s Office announced the dismissal of Bogota’s mayor Gustavo Petro Monday, barring him from public office for 15 years, over a “irregularities” during the transfer of the city’s waste collection to a public service.

The Inspector General Alejandro Ordoñez ruled that the mayor enacted the transfer of the city’s trash collection service from private providers to a public service, knowing that the public services were inadequate to handle the work required.

During the transfer of the trash collection service, in December of 2012, the government allegedly left 9,920 tons of uncollected garbage on the streets, according to CM&.

“[The mayor] with free hands, voluntarily and spontaneously ordered the implementation of a new trash collection structure,” said Ordoñez. “The mayor’s decision provoked the crisis.”

In October, Petro had presented a letter to the Inter-American Commission of Human Rights on Monday, bringing a lawsuit against Ordoñez for alleged inhumane treatment and political rights violations, asking the court to force a dismissal of the charges he was facing.

Highlighting Ordeñez’s controversial political positions and rulings, such as absolving members of Congress convicted of having ties with paramilitary groups, Petro argued that Ordoñez “exercised discriminatory treatment” in the misconduct investigation.

“The current Inspector General Alejandro Ordeñoz is known for his intolerance based on extreme religious convictions,” said Petro, arguing that the Inspector General was threatened by his liberal and progressive policies as mayor.

While receiving praise outside Colombia for his social justice and urban environmental policies, Bogota’s mayor Petro has remained a polemic figure in Colombia’s political arena.

The mayor still has a chance for appeal, but his case will be brought before the same Inspector General Ordeñoz who dismissed him from office.

The dismissal of the mayor, who was a once part of demobilized leftist urban guerrilla group M-19, comes as a blow to the nation’s leftists, and may have implications for peace talks where the government recently ratified a political participation agreement with Colombia’s largest leftist guerrilla group the FARC.