(TodayColombia) – Colombia’s former President Alvaro Uribe has 276 investigations leveled against him in Congress, making him the most investigated former president in the country, according to information released by an NGO Friday. 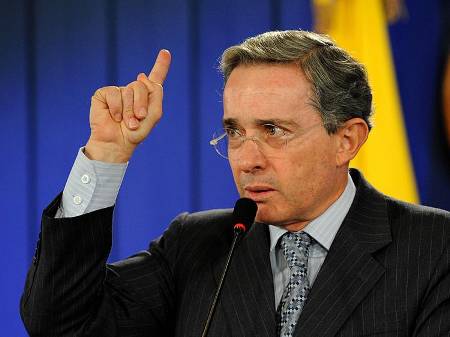 The information was released over Twitter by the Electoral Observation Mission, an NGO been dedicated since 2006 to monitoring elections and politics in Colombia.

There are a total of 1,227 investigations  against top level government officials and judges in the Accusatory Commission of Congress, which can investigate top government functionaries, judges and prosecuting generals. According the Associated Press, the commission is known for its delayed decision making and lack of condemnatory rulings.

In 90 percent of the cases in the commission, the crimes had yet to be determined while 94 percent were still in “preliminary investigation.”

The report also listed 25 investigations against President Juan Manuel Santos. Denunciations against the president came from a wide range of sources, including former Senator Piedad Cordoba and ex-drug trafficker and paramilitary Freddy Rendon, alias “the German,” under detention since 2006.