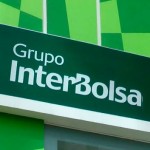 Colombia’s Inspector General Office dismissed and banned the country’s Financial Superintendent from public office for 12 years for failing to perform regulatory functions at brokerage firm Interbolsa, which defaulted after a major embezzlement scheme.

Inspector General Office said that the Financial Superintendent, Gerardo Alfredo, held preventative functions that “he did not perform.”

Interbolsa operated as Colombia’s largest brokerage firm until November, 2012, when the government liquified the company after defaulting on $11 million dollar loan.

A criminal investigation was subsequently launched for an alleged money laundering scheme, where the company used assets owned by investors to collateralize a borrow and buyback scheme with shares of Fabricato, a Colombian textile company.

Colombia Prosecutor General’s Office has charged executives with fraud and willful manipulation of the company’s shares between 2011 and 2012.

Interbolsa has also been accused of links to drug trafficking, prompting extradition to the U.S. of one of its executive money handlers.

MORE: Interbolsa scandal’s ‘missing link’ to be extradited to U.S.