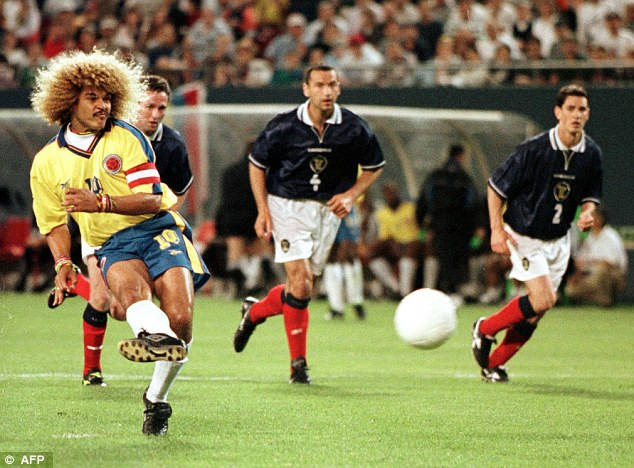 In an open letter, the Revolutionary Armed Forces of Colombia floated the idea of two matches in the name of “reconciliation” — with one to be held in the Cuban capital Havana and the other in the Colombian city of Santa Marta.

Valderrama, who hails from Santa Marta, made the original proposal in a recent interview with Colombian newspaper El Tiempo.

The initiative comes as the Colombian government and the FARC, the country’s largest and oldest rebel group, attempt to negotiate an agreement to end their near 50-year-old conflict.

Considered Latin America’s longest-running insurgency, it has left hundreds of thousands of dead and displaced more than 4.5 million people.

The matches will be played in the spirit of “fairness and with the flag of reconciliation flying,” the FARC’s delegation to the peace talks, being held in Havana, said on the group’s blog.

“We are getting ready physically and tactically to go out there and play the ‘Match for Peace.’ Get ready for it.”

Peace talks between Bogota and the FARC, which has some 7,000 to 8,000 fighers, began more than a year ago.