The Common Alternative Revolutionary Force (FARC), a rebel group-turned-political party, has decided to suspend its parliamentary election campaign over security concerns stemming from the violent protests that erupted in country’s cities against the party representatives, Deputy Chair of the party Imelda Daza said Friday. 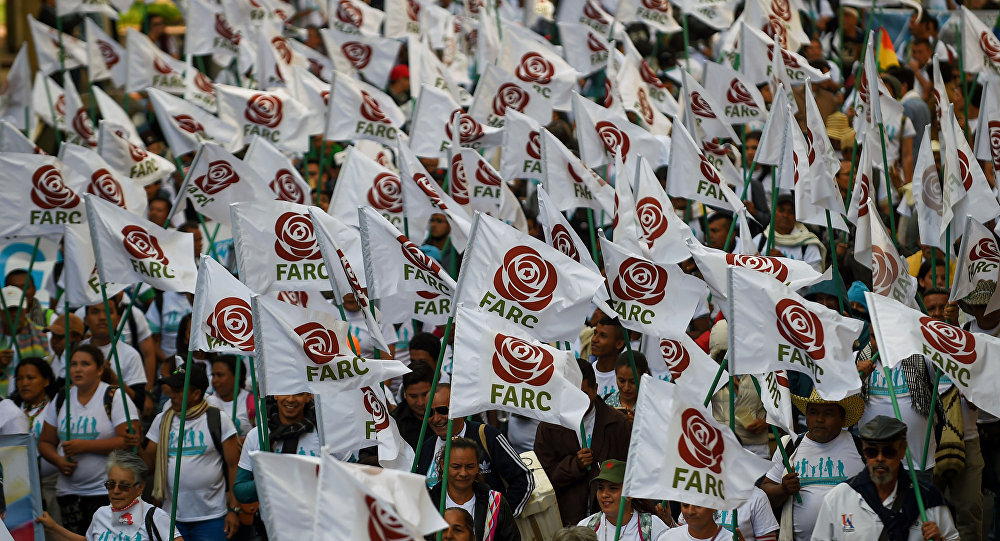 The party, previously known as the Revolutionary Armed Forces of Colombia, is fielding candidates at the upcoming parliamentary election in March, while the rebel movement leader, Rodrigo Londono Echeverri, better known under the nom de guerre of Timochenko, is planning to participate in the presidential election, slated for May,

“The decision was made because of the absence of guarantees needed to ensure political activity in the country. We ask the government and the institutions for more responsibility in controlling the crowd, which attacked not only Timoshenko, but [party member] Ivan Marquez in Florencia,” Daza said, as quoted by the Blu Radio broadcaster.

Several of Timochenko’s recent appearances at campaign events yielded angry protests, and similar reactions to members of FARC could be seen in the cities of Armenia and Cali.

According to Daza, representatives of other parties have been urging people to attack FARC members.

The FARC movement was established in 1964 as a militia of a local communist party. Last year, the group reached a peace agreement with the Colombian government after about four years of talks. A new party was created as a successor of the FARC movement, but many Colombians still remember the group’s militant past.