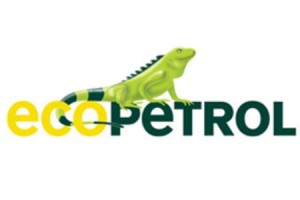 (Reuters) – Ecopetrol, Colombia’s publicly traded, state-controlled oil company, said on Friday it will spend as much as $75 billion by 2020 to lift oil and gas production to 1.3 million barrels of oil equivalent per day (boed).

The investment, outlined in a presentation to investors and the media in New York, would represent a rise of more than 60 percent over output levels of 800,000 boed in the third quarter.

The company said it plans to concentrate on new exploration and production projects in Colombian onshore and offshore fields.

Javier Gutierrez, chief executive officer of Ecopetrol, said that around 85 percent of the capital expenditures would be dedicated to exploration and production projects.

“We have five hydrocarbon discoveries in Colombia … with an 83 percent success rate in exploration,” Gutierrez said.

“The challenge for the next year is to consolidate the new (operating) model,” he added.

Ninety percent of the new projects will occur in Colombia, and are expected to mainly be funded through internal cash generation.

In a shift, Colombia has been sending a greater portion of its oil exports to Asian markets, said vice president of marketing and sales, Claudia Castellanos.

The biggest export destination for Colombia’s mostly heavy-sour crude is the U.S. Gulf Coast, she said, but shipments to Asia have risen to 34 percent of exports this year, up from around 20 percent last year, Castellanos said.

However, she said that Colombia is “open to receive a new investment” in its refining industry. She added that Ecopetrol is converting its refineries to process more heavy crude.

A conversion project at the country’s Cartagena refinery, which will be mostly done by the end of 2014, should allow Ecopetrol to increase its per-barrel gross refining margins to as much as $15-20, up from around $5 at present, executives said Friday. The project will allow the plant to process up to 95 percent heavy crude, up from around 70 percent now.

As Colombia carries out the refinery conversion projects, it will need to continue importing refined fuels from U.S. refiners to meet the nation’s daily fuel demands, Gutierrez told Reuters in a brief phone interview on Friday.

Ecopetrol currently imports around 40 percent of its fuel, including 40,000 bpd of low-sulfur diesel and 65,000 bpd of gasoline, he said. The company plans to maintain those levels in 2014, but will “significantly reduce” imports by 2015 as the refinery upgrades are completed.

In areas where the company has put resources for exploratory drilling, Rafael Guzman, vice president of E&P technical development, said the company now expects to add production from new fields such as Cano Sur and Acacias.

Guzman said the company was close to declaring them commercially viable, but did not offer figures on reserves at either field. He added that each could start output of oil by late 2014, producing up to 25,000 barrels per day each in 2015.

Ecopetrol’s pipeline infrastructure in Colombia, including the export-oriented, 780 km (485-mile), 80,000 bpd Cano Limon line from Covenas to the Caribbean Sea, has recently been beset by increasingly frequent attacks from guerilla groups, including one last month.

According to Ecopetrol executives, the attacks remain a concern but have only reduced by 8,300 bpd the country’s oil production this year on average, or around 1 percent of the total. However, that is up from 6,000 bpd in 2012.