Colombian regional airline Easyfly will launch five new routes this year as it adds more ATR 42-600s to its fleet, expecting to grow traffic 35% year-over-year in 2018. 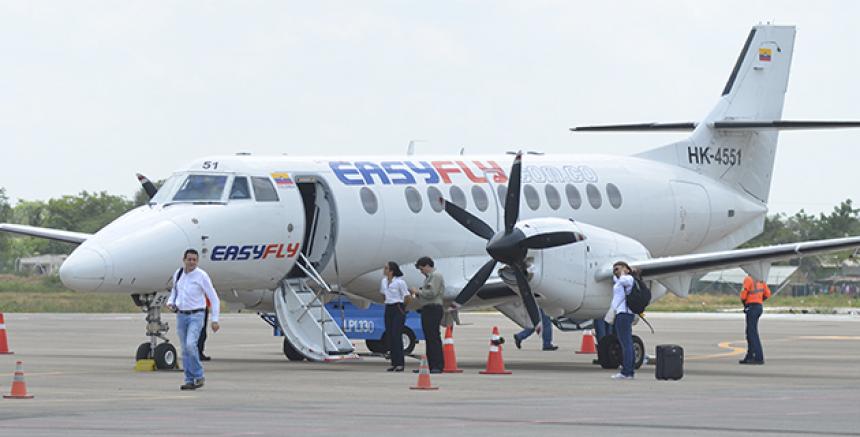 Easyfly president Alfonso Avila says the airline acquired more of the turboprops as it is well suited to operations and demand in Colombia.

The airline transported almost one million passengers in 2017, and aims to grow this to 1.35 million this year.

The new routes will be Pereira to Bucaramanga, Bahía Solano to Medellin and Bogota, Bucaramanga to Santa Marta, and Bogota to Puerto Asis.

In early 2019, the airline plans to add a highly competitive route to its regional network, launching flights between Pereira and Cali.

While reaffirming the airline’s commitment with regional routes, Avila indicates that the airline will not shy away from competing with mainline carriers on trunk routes.

“Last year we started operating between Pereira and Bogota. Despite competing with Avianca and LATAM, we are offering 16 weekly frequencies,” he says, adding that this underlies the demand Easyfly has seen.

He is also satisfied with the recent terminal reorganisation at Bogota airport, which saw Easyfly move from the El Dorado terminal to Avianca’s former Puente Aereo domestic terminal that is now being used for regional operations.

Operating from the smaller terminal has improved access to aircraft and the runway, he says. “This has been a very positive change”, he adds.