Colombians have highest standard of living between latinos in US: Report 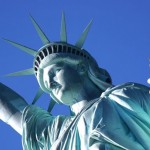 Immigrants from Colombia have the lowest poverty rate among latino nationalities in the United States, according to a report released Wednesday by the City University of New York (CUNY).

Colombians have consistently fared better than Ecuadoreans, Mexicans, Dominicans, and Puerto Ricans in terms of poverty level in the United States from 1990 to 2011.  These five groups make up the largest latino nationalities in the US.

In 2011, Colombians had a 12.6% poverty rate, while Dominicans, Mexicans and Puerto Ricans all had over 27% of their people impoverished.  The average poverty rate of US Latin Americans in 2011 was 25.5%.

Colombians were also the only latino nationality to decrease its overall poverty rate between 2000 and 2011, from 16.1% to the current 12.6%.

The data was collected from the US Census, which measures poverty through a number of different rubrics including the number of family members in a household, total income, collection of welfare, etc.

While the report itself did not offer any conclusions as to why Colombia is standing out, founder of CUNY’s Center for Latin American, Caribbean, and Latino Studies, Professor Laird Berghad, did weigh in on the disparities.

“Colombians and Ecuadorians generally have a much higher level of academic performance than Mexicans, Domincans, and Puerto Ricans,” said Berghad, according to newspaper El Pais.

The professor emphasized that Colombians or Ecuadorians are more likely to come to the states with advanced degrees and qualify for higher paying jobs.

This report comes after an Education First report showing that Colombia remains at the bottom of the world rankings in English proficiency.

While the Dominican Republic and Puerto Rico were not included in the survey, in Latin America, Mexico placed ahead of Colombia in knowledge of English, and Colombia place ahead of Ecuador.

The post Colombians have highest standard of living between latinos in US: Report appeared first on Colombia News | Colombia Reports.