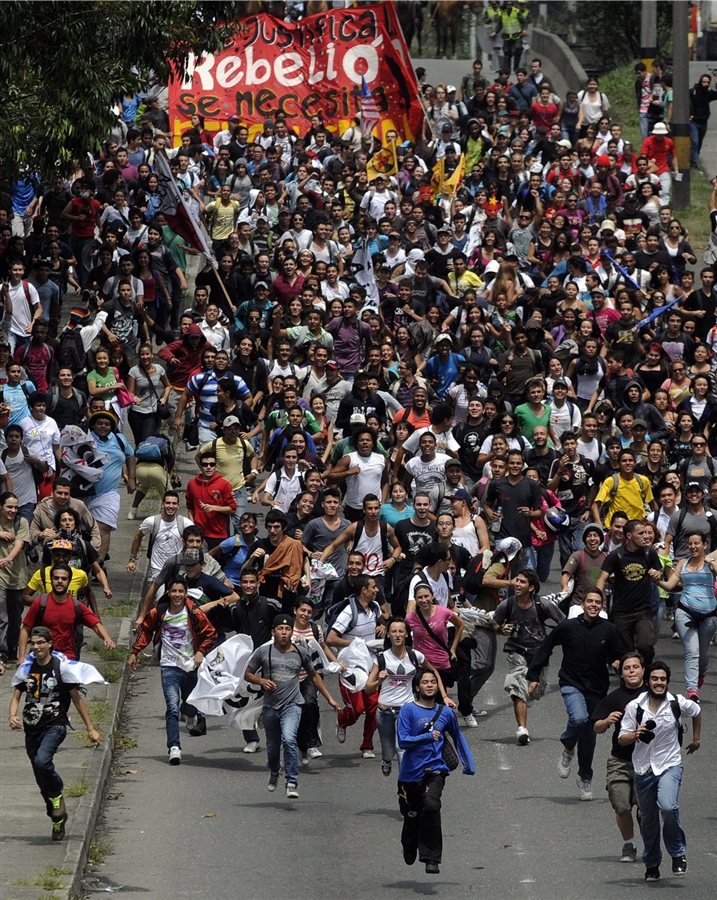 Tens of thousands of Colombian students and professors marched Wednesday to demand the government keeps its promise of including them in the preparation of reforms in the country’s education system.

The students claim the government has not kept its word about involving them and universities in the construction of a reform of Colombia’s higher education system, which they had committed to jointly work on in November 2011.

“We are marching because the education reform has not been revised, nor have we had any response from the government,” Jaime Isaza Cadavid, a Colombian polytechnic and student from the University of Antioquia, told Colombia Reports in Medellin.

The teachers took to the streets to demand answers from the Education Ministry about social services.

“The minister of education has not wanted to negotiate a list of demands with Fecode [Colombian Federation of Educators]. We have written letters to the ministry’s president, asking her to change. She has not wanted to think of us, the professors, in our regimen, in health or in benefits, and we have never had a response. Now our pensions are at risk, we could even be left without pensions. We also want to stand together and support the fight of the students,” said Professor Claudia Contreras.

Colombian media were contradictory about the number of protesters; In Bogota, media reported 6,000 protesters while local authorities said 12,000 people took part in the marches. In Medellin, newspaper El Colombiano reported “more than 2,000” people had taken to the streets, while Colombia Reports counted tens of thousands and newspaper El Espectador reported 60,000.

The marches were mostly peaceful. Nevertheless, one student and two policemen in Bogota were injured when a petrol bomb was thrown from within the march and in Medellin, protesters threw paint bombs at government buildings and broke windows at the local Chamber of Commerce. In Cali, no incidents were reported.