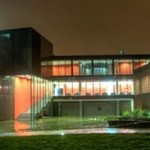 In attendance at the presentation ceremony were Colombian President Juan Manuel Santos and representatives of  FIFA and the South American Soccer Federation (CONMEBOL).

The training center is situated in northwest Bogota’s Simon Bolivar Park and covers an area of about 15 acres with 5143 square yards of facilities.

The construction took two and a half years, with the Colombian Soccer Federation (FCF) supplying 90% of the reported $9,907,400 cost, and additional support coming from the FIFA and CONMEBOL.

“These new headquarters were exclusively designed for our players,” said FCF President Luis Bedoya Giraldo, speaking at the opening ceremony.

“There are five blocks with two soccer fields, a hotel with 53 rooms, a restaurant, a press center, an area for recovery and medical treatment, a 1,000-square-foot gym, etc., – generally it fulfills all the requirements to ensure that our teams will be working under the best conditions.”

Bedoya explained that the facilities will also be incorporated into the FCF’s plans for youth development.

“I think the most important work is the preparation of the youth teams, even though it might be the less visible,” said Bedoya during the ceremony.

This sort of focus on youth development has paid dividends recently for the Colombian national team, with former U-21 players such as Jackson Martinez and James Rodriguez becoming fixtures on the first “Cafetero” side to reach the World Cup since 1997.