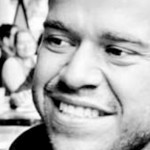 A Colombian national living in Belgium has been named a “hero” by local media after he ran into a burning house to save two children and their babysitter.

Hailing from the northern Colombian city of Santa Marta, 26 year-old Jose Hortua was driving home from a dinner in the Belgian capital, Brussels, when a burning house — already surrounded with onlookers — caught his attention and forced him to stop.

“Suddenly, we saw a woman brake a window on the third floor and yell for help, and she had kids with her,” Hortua, an aspiring photographer who had recently received a residency permit in the country, told El Tiempo newspaper.

The Colombian, along with two other men, immediately forced the front door down and called out to the woman who refused to come down.

“When we entered the house we noticed that the fire had started in the living room on the first floor. I deiced to keep going up, but the other men could no longer see anything and began to sufficate,” he said.

With the two other men back outside, Hortua remembered being taught that in a fire one has to stay close to the floor as the oxygen available would accumulate there. As he climbed the stairs to the top floor the intensity of the smoke prevented his vision and he resorted to calling out to the woman.

With a limited knowledge of the French or Flemish languages, Hortua called out to the woman in spanish “donde estan!? (where are you)”.

“I don not know if it was luck, but the babysitte who was with the children was Portuguese […] and she responded in Spanish ‘por aqui!’ (here),” he told Belgian news service RTL info.

After finding the children and the babysitter hiding in one of the bathrooms, Hortua led the three slowly through the house as he was afraid of leaving the children behind if he hurried.

Once outside, he drove them to the hospital himself where, after a few hours he was met by the worried parents who had arrived to their house only to see it in flames.

“The mom thanked me all the time. I think she has done it a hundred times alrready, ” Hortua says.

Although local and Belgian media has called him a hero, Hortua rejects the title and says that “it was just something that I had to do.”