Colombian President Iván Duque met with U.S. president Trump n the Oval Office at the White House on Monday. In brief remarks, the two leaders reaffirmed the relationship between the countries and talked about humanitarian issues in Venezuela. 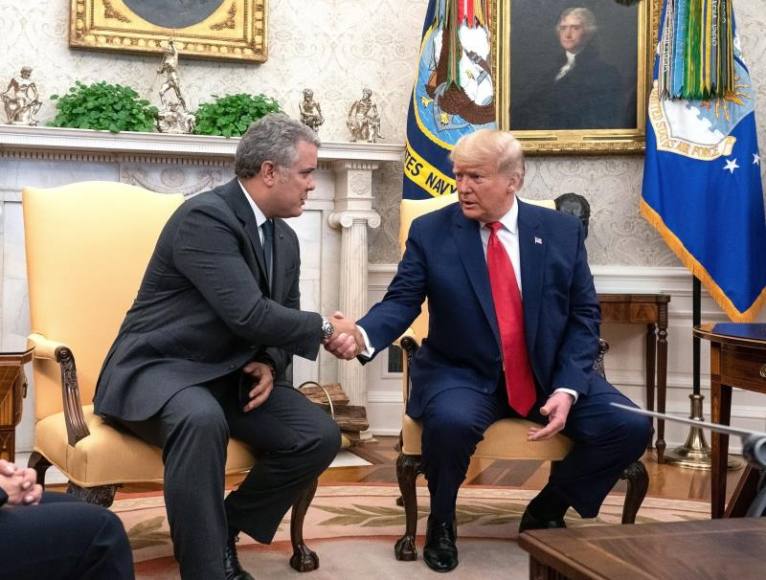 Colombia and the United States have been strong allies, not only defending democracy in the region, but also fighting corruption and drug trafficking.

The crisis in Venezuela and drug trafficking topped the agenda at the White House meeting.

Colombia has taken in at least 1.6 million Venezuelan migrants and Duque has been an outspoken critic of Maduro and called for strong sanctions against the Maduro administration in Venezuela.

“It’s very important that we are stronger on sanctions against a dictatorship in Venezuela,” Duque said. “Venezuela is running out of things. They have destroyed all the healthcare system. So we have to, in this year, work together jointly so there’s a political and democratic transition that is effective in Venezuela.” 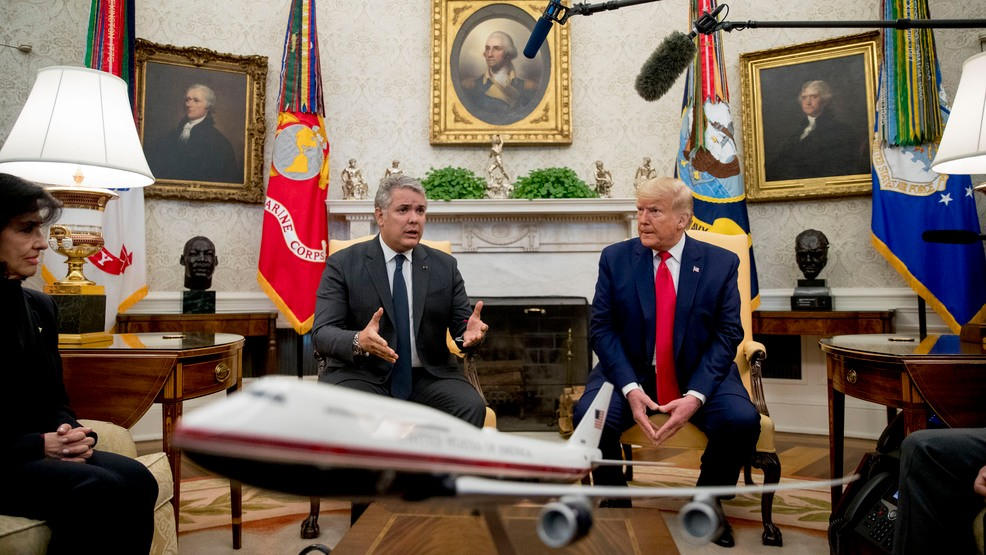 Trump addressed the issue of drug production in Colombia, that despite U.S. presence for over two decades has continued to grow.

Ahead of the meeting, Trump told Duque “you’re going to have to spray” coca, the base ingredient for cocaine, ahead of a meeting in the White House. The statement put Duque in a difficult position; the Colombian government can’t resume aerial spraying unless it implements a crop substitution program.

In 2015, Colombia halted aerial fumigation due to the unintended contamination of legal crops and water sources. One year prior to this decision, the country’s Constitutional Court ruled that if there was evidence of negative consequences the government had to stop using that method to fight the illegal crops.

The visit was completed with a keynote speech at the 2020 pro-Israel lobby American Israel Public Affairs Committee (AIPAC) annual conference, where Duque took to the stand to announce a free trade agreement with Israel and stronger bilateral relations.