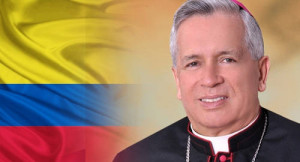 Archbishop Dario de Jesus Monsalve of Cali has strongly condemned a weekend attack by rebel forces on the town of Inza, the Fides news service reports.

The December 7 assault on a police barracks in Inza, which caused 9 deaths and 48 injuries, came at a time when leaders of the Revolutionary Armed Forces of Colombia (FARC) have been engaged in peace talks with government leaders.

The population of Inza immediately visited the scene of the attack by bringing candles to pray for the dead (5 soldiers, a policeman and three civilians, according to the official report). “Many of the military and the police are not from here. They come from far away to carry out a security service. We cannot leave them alone”, said a man who had gone there with the whole family.

In the meantime the FARC has declared a 30-day truce for the Christmas period, starting from December 15. This decision was taken just after President Santos spoke to the nation , promising to “give no respite to the guerrillas, so they will not have a minute of peace and cannot perform acts such as these”.