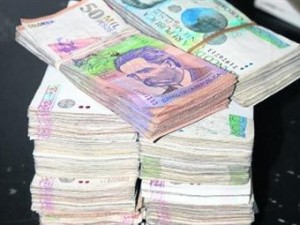 (Bloomberg) Colombia’s peso rose for the first time in five days on speculation measures announced by the government won’t be enough to ease gains in the currency.

Colombia yesterday said it will adjust rules on risk and profitability governing pension funds in a bid to weaken the peso by encouraging them to invest more abroad. The changes are part of the stimulus plan Finance Minister Mauricio Cardenas had said at the beginning of this month that the government would announce that included currency measures.

“Hopes were high and it was hard to deliver after so much speculation on what currency measures would be taken,” said Camilo Perez, the head analyst at Banco de Bogota SA, the country’s second-biggest bank.

Yields on Colombia’s peso bonds maturing in 2024 rose one basis point, or 0.01 percentage point, to 5 percent, according to the stock exchange.