An initiative implemented by Colombian mobile operators and antitrust watchdog SIC which facilitates the resolution of user complaints directly with operators has been a success, SIC said in a release. 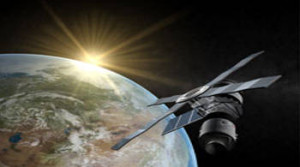 In response to the growing number of user complaints, SIC joined forces with several of the country’s operators, including Tigo, Movistar, Claro and ETB, in July of this year to implement the initiative.

Some 9,539 complaints have been resolved directly in users’ favor since that time. The largest operator Claro is leading the way, with 4,552 complaints resolved favorably, followed by ETB with 3,167, Tigo with 1,302 and Movistar with 518.

In terms of overall complaints, Tigo has favorably resolved 93% of complaints which were pending when the program was initiated, while that figure reaches 64% for ETB, 51% for Claro and just 13% for Movistar.

Poor mobile service quality in Colombia has received significant attention in Colombia in recent months. Even President Juan Manuel Santos complained last year that the country’s population is “suffering” as a result of poor service quality and the high frequency of dropped calls.

In response, telecoms regulator CRC introduced a number of measures to improve service quality during 2013. In May, the industry watchdog presented a regulatory bill which will oblige mobile service providers to compensate users automatically for service quality issues.

However, the president of Colombia’s mobile operator’s association, Asomóvil, has argued that local government authorities must allow telcos to deploy network infrastructure in order to improve service quality.