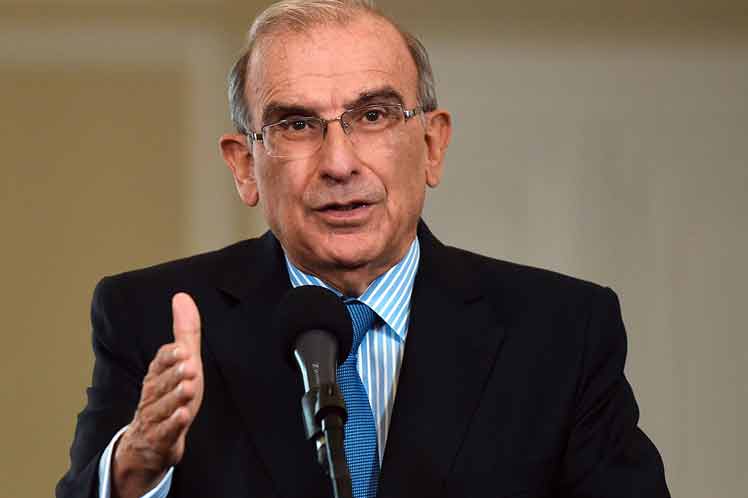 (Prensa Latina) Colombian lawyer Humberto de la Calle confirmed today that he will travel to Havana along with the presiding government delegation to discuss with the insurgent FARC-EP some proposals for possible adjustments to the peace pact.

We will rapidly work with commitment to achieve a new agreement as soon as possible, stated the former vice president and head of the government negotiators in the talks with the Revolutionary Armed Forces of Colombia – People’s Army (FARC-EP).

According to De la Calle although both parties have fulfilled the cease-fire bilaterally decreed since last August 29, the current situation is not without risk.

We can not hide that the situation is fragile, the need to build consensus effectively and quickly does not only responds to the desire of most Colombians but also to their objective to avoid a setback which restart the horror of violence, he said.