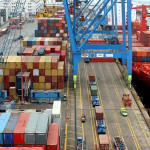 One of Colombia’s largest farm organizations is coming out in favor of a trade deal between Colombia and South Korea approved by the Colombian Senate on Tuesday.

The president of the Agricultural Society of Colombia (SAC), Rafael Mejia, expressed satisfaction with the outcome of the vote in the Colombian Senate, which approved the Colombia-South Korea Free Trade Agreement by 39-21, said Colombian magazine Portafolio.

South Korea imports 30% of its food, a statistic the Colombian government has toted as a boon for Colombian agriculture. Under the deal, tariffs on 96.1% of Colombian and 96.7% on Korean goods will be removed within a decade.

Trade between Colombia and South Korea quadrupled between 2002 and 2011. In 2012, it was worth $1.89 billion, of which nearly $1.5 billion was South Korean exports to Colombia, mostly vehicles, parts, machinery and technology products. Colombian exports were primarily coal, coffee and metals to Korea. But now the door is open to the export of beef and tropical fruits as well.

“Unlike the agreements signed with the United States and other net exporters of food, what we want to sell is the whole food thing to net-food-importing Asian countries, of which Korea is the first.”

Re-negotiating the “uneven” terms in other free trade agreements was one of the key demands of striking farmers in the protests that shut down the main highways of Colombia in August and September.

MORE: So, what are Colombia’s farmers’ demands to end their strike?

However, the Colombian manufacturing sector and its allies are not as pleased with the trade pact.

In February this year, opposition senator Jorge Robledo expressed his sharp disapproval of the effects of an FTA with South Korea calling it a “car bomb” on the door of the national industry.