The 450 meter structure was meant to be part of a highway connecting Capital city Bogota with Villavicencio in the east.

At least 10 construction workers died in Colombia on Monday after the bridge they were working on near capital city Bogota collapsed. 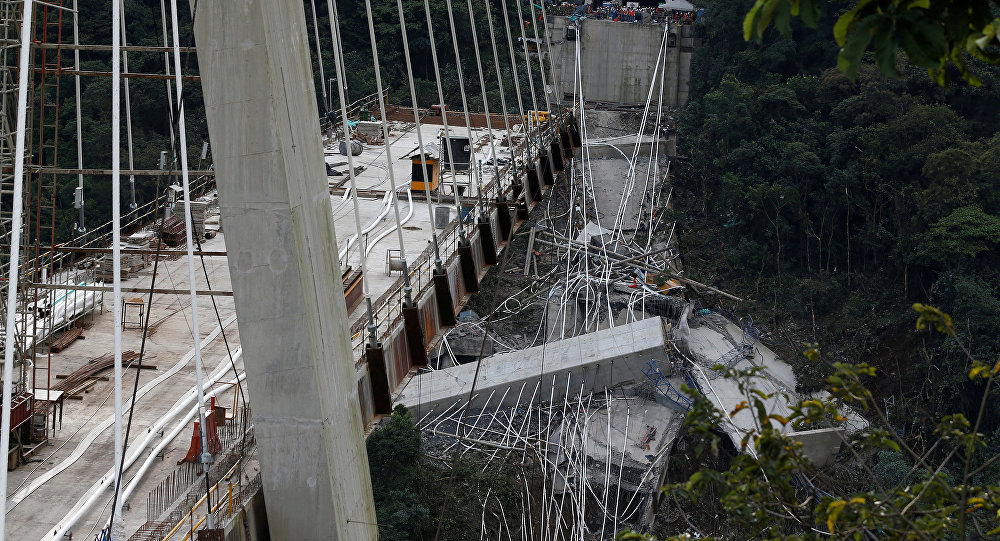 Colombian Civil Defence authorities reported ten of them were killed at the site and the tenth succumbed to injuries in hospital. Eight others were injured in the collapse.

“We are still working to verify the total number of people who were working at the time,” they said in a statement.

The uncompleted the 450 meter bridge, in the Chirajara district bordering the Cundinamarca and Meta provinces, known as the Chirajara bridge, was meant to be part of a highway connecting Bogota with the city of Villavicencio in the east. Coviandes, the company working on the project, said it would help the families of the victims as well as those injured in the collapse.

A bridge under construction in Colombia collapses, killing at least ten workers and injuring eight pic.twitter.com/6FhIngpq2F

The collapse is under investigation, according to Meta province disaster response head Reinaldo Romero.

“Up to now there are nine dead and five injured,” Romero affirmed, adding, “we are doing a check to rule out other victims,” cited by Reuters.