Colombian app aiming to make millions out of taxi rides 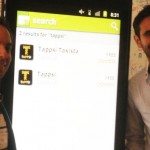 A Colombian tech company is making it easier and safer to catch a taxi in Colombia, which could help combat the country’s notorious “millionaire rides.”

Every day in Colombia, there are 1.3 million taxi journeys taken in about 200,000 taxis, but catching a taxi off the street can be difficult or even dangerous.

“Usually you have to hail off the street or wait on the phone with an operator to get a taxi. With our free app, GPS tells the nearest taxi driver exactly where you are and there are other features that make it safer for both driver and passenger,” Tappsi co-CEO Juan Salcedo said.

The Colombian capital of Bogota, where Tappsi is based, is still notorious for “millionaire rides.” This is a crime where victims hail a cab off the street only to find instead of going to their destination, the cab picks up more passengers wielding guns, tasers or knives.  The victim is then forced to pull out their debit and credit cards and withdraw millions of Colombian pesos from ATMs.

There were more than 200 reported crimes of this kind in Bogota this year already, Colombian Senator Armando Benedetti said, while pushing for new legislation to combat the practice.

This practice was put in the international spotlight in July this year when a US Drug Enforcement Agency agent was killed after he resisted those trying to take him on a “millionaire ride.”

“It’s a big, big issue here in Colombia,” Salcedo said,  “We saw that problem and we figured ways to minimise the risk.”

With the Tappsi app, the same GPS that allows the driver to come pick up the user can also be used as a record should anything happen.

Given that there are 55,000 taxis in Bogota alone, competition in the space is fierce, with Brazilian app giant Easytaxi and membership-based company Taximo already up and running.

Tappsi, which came out with the first version of their application last year, began in Bogota and has ambitions for expansion into other Latin markets in the first quarter of next year.

The company, founded by Salcedo, 40,  and his co-CEO Andres Gutierrez, 31, is one of a increasing number of home-grown technology companies in Colombia.