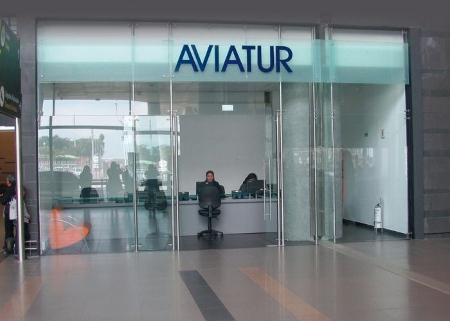 TODAY COLOMBIA – Colombian airline Aviatur and its cargo department Avia Express opened here a parcel service that will be provided by the company to various airports in Cuba with the collaboration of the company Aerovaradero.

The parcel service, in which the Cuban airline Cubana de Aviacion will also participate with its cargo offers, was launched at the headquarters of the Embassy of Cuba in Bogota, and the ceremony was attended by various personalities from the aviation and tourism sector.

The ceremony was chaired by Aviatur president Jean Claude Bessudo and Cuban Ambassador Ivan Mora, while it was attended by Senator Ivan Cepeda and Pierre-Yves Calloc’h, manager in Colombia of the French brand Pernod Ricard, distributor of the Havana Club rum.

According to the information provided by the directors of Aviatur and representatives of Cubana de Aviacion in Colombia, the parcel service will cover airports in the provinces of Havana, Matanzas (Varadero), Camaguey, Holguin and Santiago de Cuba.