TODAY COLOMBIA – New research by Global Positioning Specialists (GPS) in Australia has identified the most dangerous countries to be a driver.

Experts at GPS in identifying the most dangerous countries to be a driver, investigated road quality, the number of road deaths, and motor vehicle crime statistics in 60 of the most car-dependent countries around the world. Each country was assigned a score for each factor based on their national statistics; the countries that had high road death and crime rates and low scores for the quality of their roads made it to the top of the list.

Findings of the report include:

There is no question that drivers, especially in underdeveloped areas, are faced with the dangerous task of navigating hazardous roads. But while these roads test the skill of the drivers there are some dangers that can be more detrimental than others.

Top 10 Most Dangerous Countries to be a Driver:

Top 20 Most Dangerous Countries to be a Driver – Table: 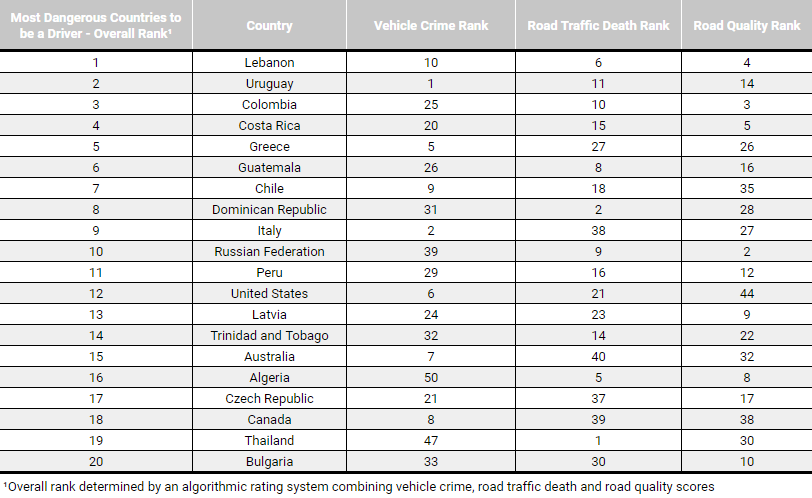