Colombia With Worst Infrastructure in LatAm 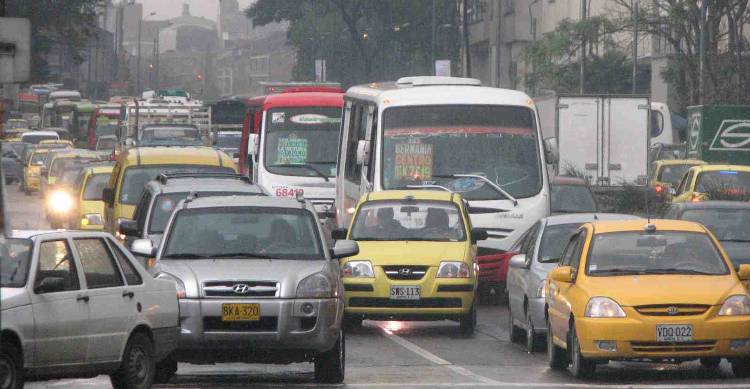 Colombia’s infrastructure is one of the worst in Latin America, say the World Economic Forum. Of the top twelve economies in the region, Colombia has the tenth poorest provision of vital infrastructure; this, despite the promise by President Juan Manuel Santos to make the issue a priority of his administration.

In Santos`first year in office he created the National Infrastructure Agency (ANI) to push through the works identified as catalysts for economic growth.

“In three years we have invested 22 billion peso ($11.7 million) in infrastructure development. That shows the magnitude of the efforts that we have made,” insisted Santos.

4G promises much. It is Colombia’s largest ever public investment project, designed to “improve connectivity between the principle centres of production and exportation to make Colombia a more competitive country and overcome the historical drag in transport infrastructure”.

According to the ANI, the project will provide an estimated investment of 44 billion peso ($23.2 million) under a public – private partnership scheme:

Undoubtedly good news if these promises are delivered. Few disagree that the current lack of infrastructure in Colombia is a major threat to the country’s economic competitiveness, domestically as well as internationally.

Colombia needs better roads, railroads, ports and airports. Cities are poorly connected to both internal and external markets, largely because of the extreme topography of the country.

Cutting transport costs is crucial to the country’s manufacturers, especially the coffee farmers, who continue to struggle from significant production costs. Crucially, it is key to overcoming the isolation at the root of the country’s socio-economic inequalities.

According to financial analyst James McKeigue, the 4G investment project should boost the country’s GDP by 1% per year, with a further 0.5% coming from a multiplier effect. The planned works will create approximately 200,000 direct jobs across Colombia, with a further 250,000 indirect ones. Importantly, many of these will be created in the remote areas where jobs are most needed.

The Colombian government has never been able successfully to control all of her territory. The majority of the population lives in the country’s largest three cities, Bogota, Medellin and Cali.

Outside of these major areas, a combination of jungles and mountain plains remain largely uninhabited, with limited infrastructure, resulting in a weak state presence in and around surrounding regions.

The resulting economic inequality throughout rural Colombia is severe, in part explaining the conditions which helped spawn criminal organisations known as BACRIM, and guerrilla groups, such as the FARC and ELN.

These groups fight for control of lucrative resources such as oil, gold, marijuana and coca.

Without significant infrastructure development throughout the regions where the conflict rages, the government cannot begin to solve the underlying problems of inequality and lack of development.

Indeed, any peace accord with FARC guerrillas would be vulnerable as illegal armed groups will seek to fill the vacuum left by the rebels in areas lacking state presence.