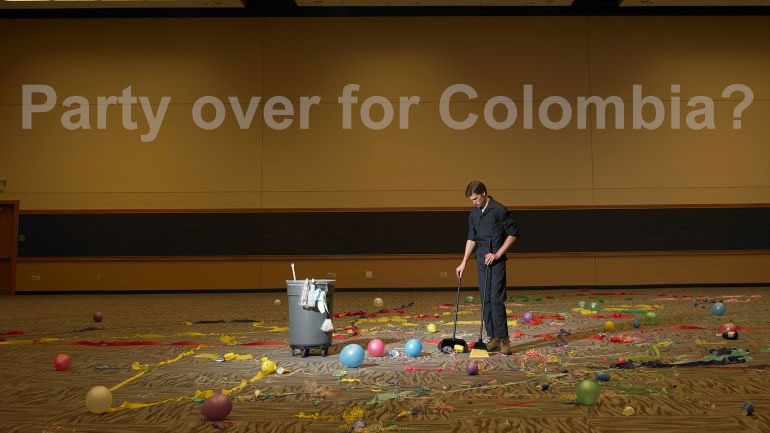 Two analysts have predicted that Colombia is going to face ten years of stunted economic growth unless the country increases its rates of productivity.

In an interview with Caracol Radio on Tuesday, CNN and Bloomberg economist Jorge Suarez and Mario Castro, adviser to Nomura who has analysed this week’s collapse of China’s stock exchange and it consequences for the global economy, have made doubtful predictions for the future of Colombia’s economy.

With a 60% fall in oil prices since June 2014, which accounts for more than half of the country’s exports, the Colombian peso is continuing to depreciate, threatening the future of the country’s economic growth.

Suarez and Castro said that the only way of encouraging growth will be by “increasing productivity” from the bottom instead of making “big structural reforms” such as “taxing the rich and other policies that discourage investment.”

According to the Financial Times, policymakers have been allowing the peso to slide because “it is helping to make exports from the country’s coffee, banana and flower industries more competitive.”

Castro said that it would not be surprising if the Colombian peso will be “hovering around $3,500 towards the end of the year”, while Tiago Severo, analyst at Goldman Sachs reportedly believes it could fall as low as $2,800.

Castro and Suarez believe that Colombia is facing economic hardship because the country has become overly dependent on the taxes obtained from mining fossil fuels.

The drop in oil prices has reduced investment in the fossil fuel sector, necessary to find new oil wells and prevent Colombia’s oil wells run dry by 2020 as predicted by the government.