Colombia Week Held in Canada for the First Time 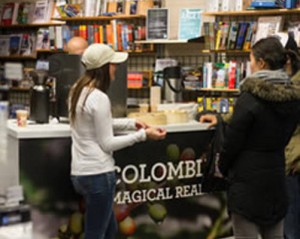 Canada became one of the countries in the Americas where Proexport promoted the charm of the Colombian tourism products during 2013 through different activities like conferences, “taking over shops”, and holding business summits.

Between October 26th and November 1st, the residents of Toronto (Canada’s largest city) enjoyed unique experiences in everyday scenarios in adventure, nature and culture-related tourist attractions, which are the products identified by Proexport as having greater potential in that market.

For example, the facilities of the popular MEC store, which sells clothing and accessories for extreme sports enthusiasts, were used by the Colombian tourism promotion office to advertise the attractions that those specific segments have in the regions of the country.

Featured activities enjoyed by the customers of this important store included bike riding videos through the Sierra Nevada de Santa Marta or photo booths that put people in a canoe that travels through the Santander rapids.

“More than 2,000 people were amazed by the activities displayed in that space and, as a result, they experienced the mix of reality and fantasy that gave birth to the concept of the international tourism promotion strategy Colombia is Magical Realism,” said the President of Proexport, Maria Claudia Lacouture.

In addition to this creative way of reaching potential travelers, there was a training component for national entrepreneurs, always present in Colombia shows abroad, and in which eight tour operators, travel agencies and hoteliers participated.

Armando Mendoça, VOX Marketing consultant, and Tres Lobo, partner of wholesaler Hindus Travel, shared their knowledge with representatives of the national tourism industry on the important Canadian market, since this country ranks sixth on the list of major tourism-generating markets in the world, according to the World Tourism Organization (WTO).

The conferences “were very helpful to understand about the standard applied in the Canadian market (…) In general, being here is very useful and meaningful to establish new contacts,” said Alejandro Gomez, Marketing and Operations Manager for Summon Outdoor.

Gomez and the other entrepreneurs held about 15 business appointments, each with an equal number of wholesaler and travel agency representatives in Canada, with whom ties were strengthened or doors were opened for the sale of their products and services.

Canada is ranked by Proexport as a strategic market for positioning Colombia as an ideal vacation destination or for holding large events. As a result, it has been included in the tour carried out by the office this year in different nations.

While 32,886 Canadian travelers visited Colombia in 2010, this figure increased to 44,497 in 2012, according to the Immigration Department of Colombia, representing a growth of 27%.

Colombia has diversified its tourism products for Canada. In addition to sun and sand attractions, niches have been identified to promote whale spotting and bird watching, as well as tour packages focusing on archeology, world-heritage destinations and capital cities.

The post Colombia Week Held in Canada for the First Time appeared first on News Colombia.