Colombia walks away with 6 Latin Grammys 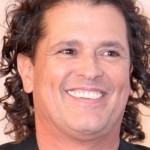 Five Colombian artists walked away with a total of six Latin Grammys at the musical ceremony Thursday. Two of the awards were for singer Carlos Vives.

Vives was awarded for six categories and won those of Best Song (Cuando nos volvamos a encontrar) and Best Contemporary Tropical Album (Mas corazon profundo). He was expected to win in each category.

He dedicated his award for Best Contemporary Tropical Album to US president Barack Obama.

Before the awards ceremony started, Obama announced a sweeping reform to US immigration. The reform could allow as many as 4.7 million immigrants in the US to apply for work permits.

“This award is especially dedicated to President Obama,” Vives said with a huge smile on his face.

Fonseca was recognized for his work “Fonseca Sinfonico,” working with the National Symphony Orchestra of Colombia.

Jorge Celedon won the category of Cumbia/Vallenato, a category that is currently exclusive to Colombians, with his album “Celedon sin fronteras 1.”

In the category of Best Latin Album for Children, Marta Gomez won with the album “Coloreando.”