BNAmericas -Rating agency Fitch has announced an upgrade of Colombia’s sovereign rating to BBB from BBB- with a stable outlook due to the country’s external accounts and positive government debt dynamics. 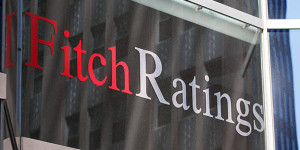 The move follows a similar upgrade by fellow rating agency S&P in April, and leaves Colombia’s rating on a par with the ratings of Brazil, Mexico, Panama and Peru. In July Moody’s revised its outlook on Colombia’s sovereign debt to positive, while stating that it is highly likely to be upgraded in the coming months.

“The sovereign’s credible and consistent policies provide it with the capacity to withstand external shocks; this was demonstrated during the recent increase in financial volatility witnessed by several emerging markets. Colombia’s medium-term growth prospects remain favorable compared with several of its rating peers and should be supportive of fiscal performance,” said Fitch in a statement.

Fitch cited the current administration’s reforms to strengthen public finances, such as the fiscal sustainability law and the fiscal rule, reduce the risk of fiscal policy slippage over the forecast period, meaning that by 2014, 2018 and 2022 the country must reach a structural deficit of 2.3%, 1.9% and 1.0%, respectively.

In addition, the rating agency also noted that access to the International Monetary Fund’s flexible credit line further buttresses Colombia’s shock absorption capacity while government debt, at 37.1% of GDP, “remains below peers and is likely to maintain a steady decline underpinned by moderate deficits and continued growth.”

While GDP growth has remained below potential (forecast to reach 3.8% in 2013 by Fitch), “the timely and efficient implementation of the country’s infrastructure program could further lift growth performance and improve overall competitiveness,” added Fitch.

In a note to clients, investment bank Nomura, noted that the upgrade brings Colombia’s rating into line with many other EM countries including South Africa and Russia but did not see any major market implications.

“Despite the positive news, we do not see any major implications for the credit and FX markets. In fact, we believe that Colombia’s upgrade has been largely priced in by the market, especially after the S&P decision last April,” noted analyst Mario Castro.