Colombia To Play U.S. In Round of 16 at Women’s World Cup 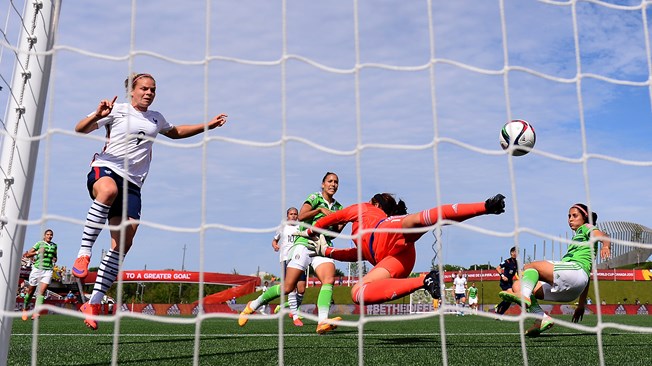 (TODAY COLOMBIA) The United States women’s national team will play Colombia in the round of 16 at the 2015 Women’s World Cup.

The U.S. advanced to the knockout stage by winning Group D, which had been considered the “Group of Death.” USA defeated Australia 3–1, drew with Sweden 0–0 and beat Nigeria 1–0 to win the group.

Colombia finished in third in Group F, drawing 1–1 with Mexico, beating France 2–0 and losing to England 2–1.

If the U.S. beats Colombia, it will face either China or Cameroon in the quarterfinals. The U.S. and China have not played in the World Cup since the 1999 final, which the United States won on penalty kicks.

Potential semifinal opponents for the U.S., should it advance to that round, include Germany and France. Japan, which defeated the U.S. in a penalty shootout in the final of the 2011 tournament, is on the other side of the bracket and won Group C with a 3–0–0 record.