Colombia to Participate Arts and Culture Summit in Chile 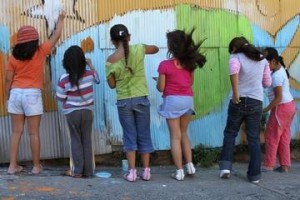 A Colombian delegation headed by Adviser of International Affairs and Cooperation of the Ministry of Culture, Adriana Gaviria, will attend the 6th World Summit of Culture and the Arts, to be held in Chile next week. Gaviria will participate with other international experts in roundtables and panels on topics such as national and global challenges for the sector and public support for the arts and creativity, ministry sources reported today.

The event, from Jan. 13 to 16, will focus on the topic Times for creation: New models for Cultural Development, which addresses the effects of globalization, changes in the social and economic development and new forms of communication on the cultural field.

Organized by the International Federation of Arts Councils and Culture Agencies (IFACCA) and the National Council for Culture and the Chilean Arts, the summit will be attended by 70 delegates from five continents and culture ministers of nations such as Costa Rica, Lithuania, Spain, Paraguay and El Salvador.

Colombia, Chile and Guyana are the only South American countries in the IFACCA, which was created in 2000.